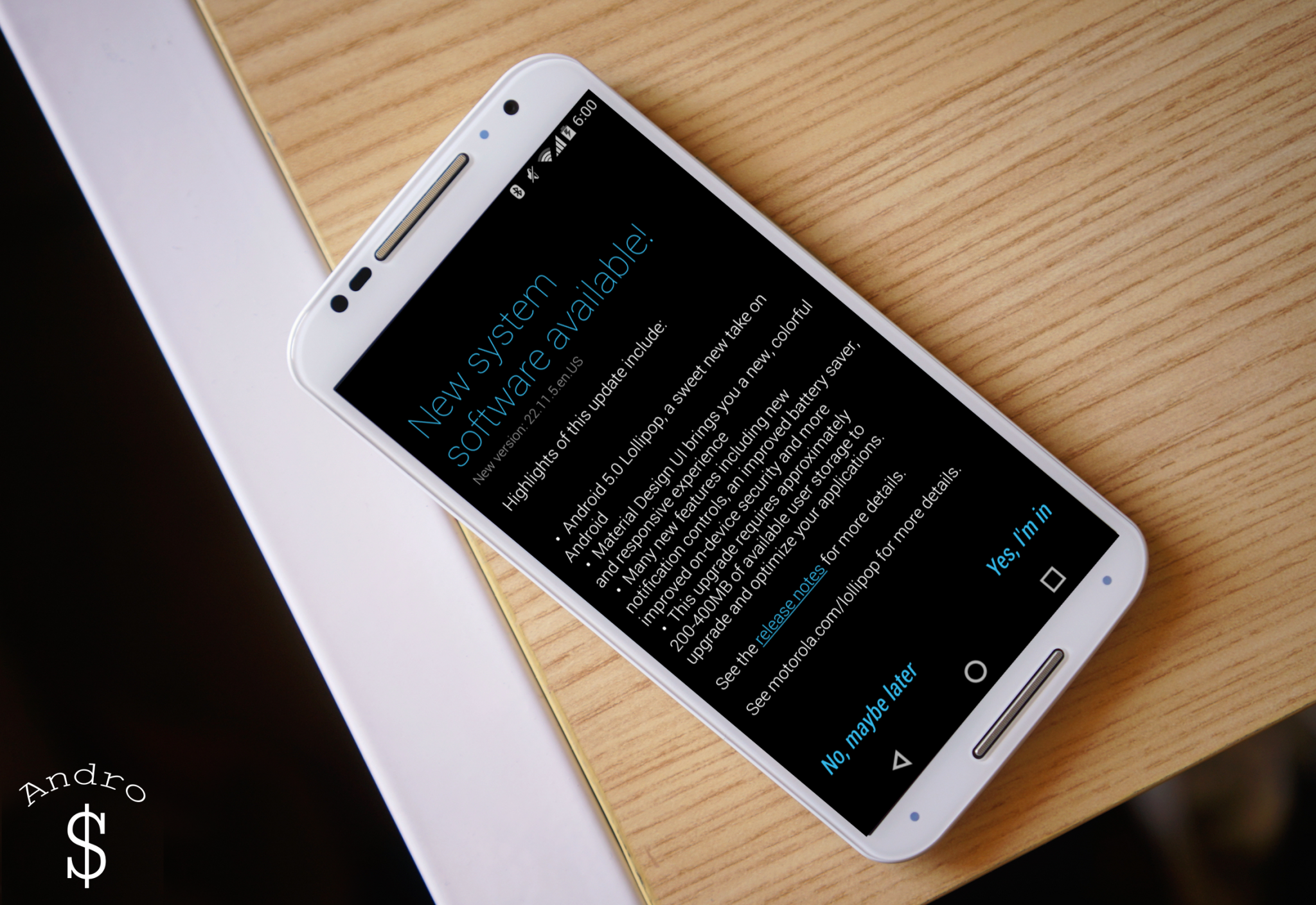 The Moto X “Pure Edition” is currently receiving the Android 5.0 Lollipop Update, if the Owner signed up for the “Soak Test”. If all things go well with this, Motorola could make this update public in a few days-weeks.

Motorola has been faster than any other manufacturer, outside of Google’s Nexus program, to offer Android updates on its smartphones since it was owned by Google. However, Motorola now owned by Lenovo, and still they continue to tinker with the operating system less than other manufacturers, so that they can release it fast and keep it fluid. Motorola is the first company to release the Android Lollipop update to a Non Nexus device.

Google has delayed the Android 5.0 Lollipop update for the Nexus devices due to some bugs, but we are looking at an official release date of November 12th according to unofficial sources.

According to Sources, this is not quite the finalized ROM that will be distributed, but barring any major bugs that might pop up during the testing. According to Motorola’s release notes, the update includes the following new features and tweaks,