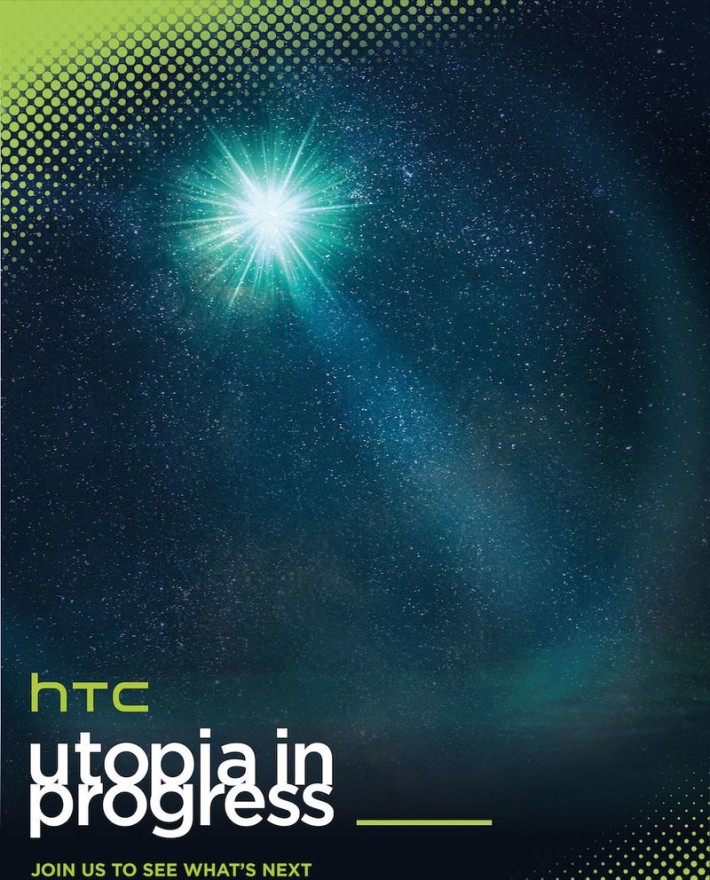 A lot of people were expecting to see the New HTC Flagship, Codenamed HTC Hima at CES 2015, but it didn’t happen. We just got to see the HTC Desire 826 at CES. Today HTC has sent out press invitations for the launch of the 2015 flagship and the event will happen at MWC 2015 on the 1st of March.

The new device might be called the HTC One M9 or by some other name and we are expecting it to make an appearance at MWC this year. That being said, there is still a chance that this might be something else. Maybe another desire device, or a Wearable or a Tablet? Eitherway, I will be covering the event Live at Andro Dollar so you can stay tuned for the Live Blog and possibly a Live Stream too.

The event will start at 4PM CET and the invites are sent-out emphasizing on “utopia in progress” being the keyword.

We are expecting the latest HTC Flagship to pack a Snapdragon 810 SoC along with 3GB of Ram, and a Sleek metallic build and a 5″ QHD Display. We are also expecting to see a major improvement to the Camera, as last time it was like the only downfall of their flagship. Along with all of this, we will see HTC Sense 7 running on top of Android 5.0 Lollipop. That’s just going to make a sweet device.

Are you patiently waiting for the Next HTC Flagship? Stay tuned to Andro Dollar for the latest information on this device and Share this with your friends to inform them about what’s coming soon.