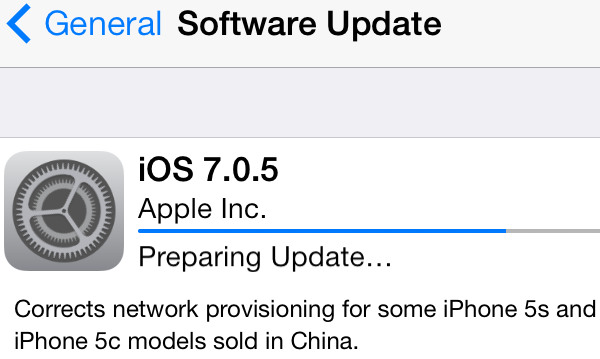 Apple has just launched iOS 7.0.5 update for the iPhone 5s and iPhone 5c. It makes some minor bugs go away and fixes network provisioning for Chinese models.

According to user reports the new update is rolling out in China, Croatia, Germany and the UK with the rest of the world seemingly missing on it. It seems the update targets specific model iPhones and won’t be available for all iDevices.
Meanwhile Apple is working hard on the upcoming iOS 7.1 update that should hit all compatible iGadgets worldwide very soon.