Rumours that the Galaxy S5, which Samsung just announced, won’t be the last flagship from the company this season, are circulating like bees around honey today. The eventual metal-clad S5 Premium version is speculated to arrive in two months, after the HTC One 2 gets announced, and be part of a new high-end line of Samsung. 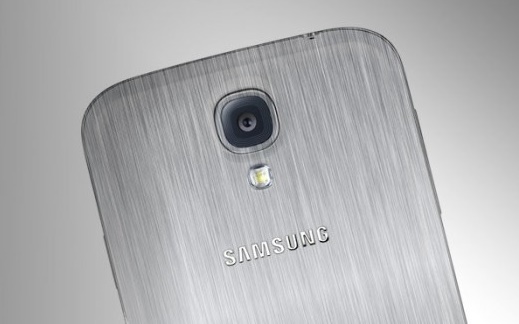 If your head is already spinning here, so is ours, so let’s put the rumours in perspective. We’ve been hearing about Samsung’s eventual “luxury” flagship series for a while now, as far back as last summer. This was the source of many tips that Samsung will have two versions of the S5, and even of the Note 4 later this year. For the Galaxy S5, there were even separate specs sheets, and benchmarks backing them, leaked – one was the version with 1080p display and Snapdragon 801 that was just announced, and the other handset was sporting a new Exynos chipset, and a larger, 1440p Quad HD screen.

Today the Korean media is abuzz with reports, allegedly from Samsung execs during closed-door MWC meetings, that the Koreans are going to spice it up with a premium portfolio of flagships, dubbed Project F indeed, and the souped-up S5 will be its first member. The chassis of this one is said to be with premium metallic materials, the Quad HD screen and Exynos processor are bandied about, and even the camera is said to sport optical image stabilization, unlike the one on the “regular” S5. The issue has been procuring those rare parts for the tens of millions of units each Samsung flagship moves, so the company apparently decided to slap them together into a pricier, more exclusive version, that won’t sell as many pieces.

Couple these reports with the renowned tipsters Eldar Murtazin and Ricciolo, who both tweet that the “Prime” or “Luxury” S5 is still in play, and we might start thinking that where there’s smoke, there’s fire. Provided that Samsung decides to go ahead with those alleged plans in any way, that is. Ricciolo even says that Samsung will wait for the announcement of the HTC One 2 flagship next month, and will have the last word for the season with a metallic S5, stuffed with top-shelf components.