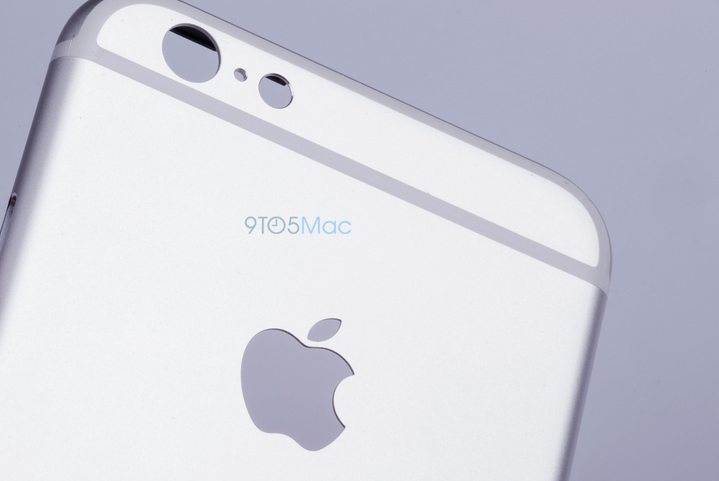 The upcoming iPhone 6s has leaked yet again, but this time we get to see it in clear pictures and it looks quite similar to the iPhone 6. If you recall, earlier the iPhone 6s leaked with a dual camera setup at the back, but this new leak shows no sign of it. The new images have been leaked by A tipster inside Apple’s supply chain and he claims that this is the housing of the next-generation iPhone.

The inside of the housing reveals that new mounting points will be used for the motherboard. This dovetails with earlier reports that said Apple would be using a combination of System in Package technology (SiP) and a PCB for the next iPhone models, before eliminating the PCB completely with the 2016 iPhones. Using a SiP saves space that Apple could use to house larger capacity batteries in its smartphones.

It looks like the antenna bands will stay even though Apple filed a patent on a material that would get rid of that. Other ports and parts like the Microphone, speakers and Lightning Connector will remain in the same exact places according to these pictures.

It is also said that the Apple iPhone 6s and Apple iPhone 6s Plus will both feature Force touch this year, and it will allow the screen to react differently to a soft touch and a harder touch on the glass. Force Touch is currently used on the Trackpads of Apple’s 2015 Macbook Models and the Apple Watch.

We expect the next generation iPhone to have the latest Apple A9 processor along with 2GB of ram and a 12MP camera. It will run the latest iOS 9 out of the box.

There could be more changes to the iPhone 6s as there is more time. We will see this unveiled in September of this year. Stay tuned to Andro Dollar for the latest on that, and Share this with your friends who are waiting for the new iPhones.