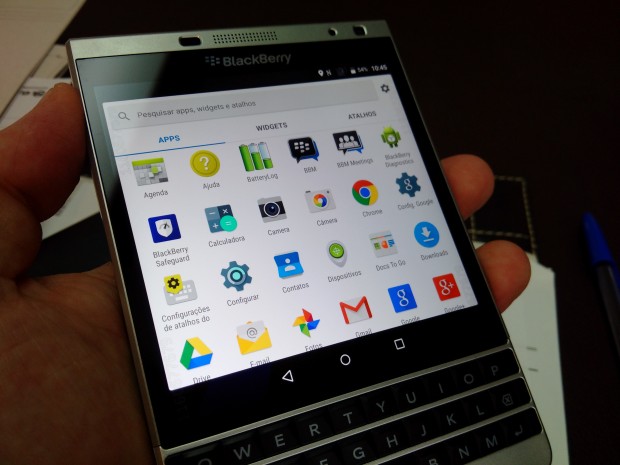 As you see the video is not that clear, but it could be faked as well, by using a Launcher or photoshopping it. There is no actual way to know if it is real or not, but it looks quite convincing.

Checkout the leaked images below,

As I mentioned earlier, BlackBerry already announced the Passport Silver Edition, so we can’t say for sure if BlackBerry will release another version running Android or not at this point, but it sure seems like they are testing it.

If BlackBerry released this running Android, Would you spend your hard earned cash on it? Let me know in the comments below.