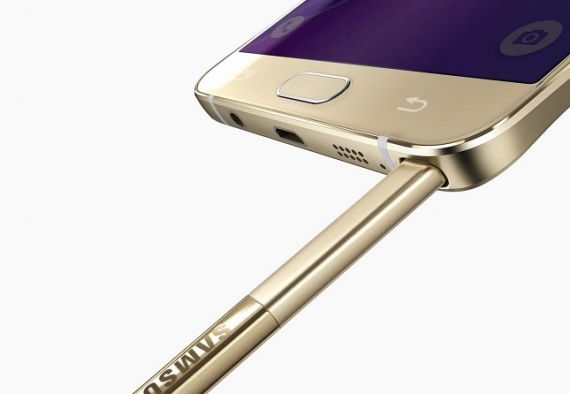 Today we have got some details about the upcoming flagship from samsung courtesy of the Dutch website GSM Helpdesk. Reportedly, Samsung is currently testing two versions of the Galaxy Note 6 – one with a regular display, and another one with a curved screen. According to the report both will have similar specs and screen sizes.

What’s even more interesting is that, Samsung will launch only one of these Galaxy Note 6 versions according to the report. We could either get an Edge version of the Note 6 or a regular version.

GSM Helpdesk also mentions that the Galaxy Note 6 will come with a 4000 mAh battery. This would be significantly larger than the 3000 battery that’s found inside the Note 5, and could deliver great battery life. The Galaxy S7 edge which has a 3600mAh Battery is doing really well, so if the Note 6 has a 4000mAh battery it will definitely do even better.

The Samsung Galaxy Note 6 might feature a 12 MP rear camera that the Galaxy S7 has and it could have 6GB of ram along with the Snapdragon 823 or Exynos 8890 processor. According to the rumors, the Galaxy Note 6 will have the same water-resistant body and also an interesting new iris scanner.

We have seen reports mentioning a very early release date for the Note 6, but I think samsung will release it after Google unveils Android N to the public so that the Note 6 could run that.

It’s going to be Very interesting to see what Samsung does with the Note 6. Stay tuned to Andro Dollar to know more about that.