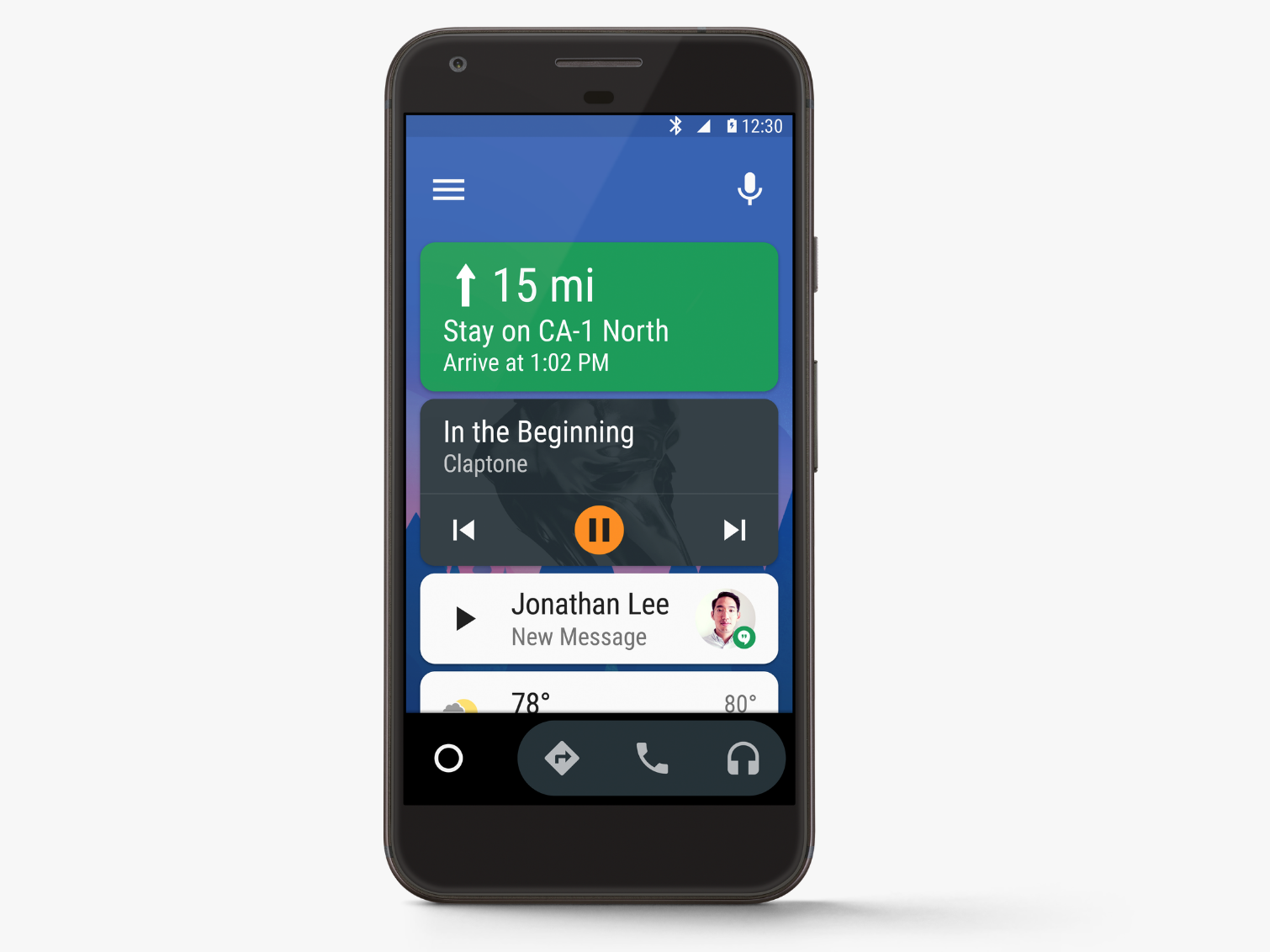 Google announced at Google I/O 2016 that they would be making Android Auto available directly on your phone with a standalone app. Today we get the first look at it as Android Auto on phones is now rolling out. It’s part of the Android Auto v2.0 app, which you can download the APK in this post.

Whether we admit it or not we all use our smartphones while we drive. It’s dangerous and isn’t worth the risk, but sometimes you need to use Google Maps to figure out where you’re going or make a quick call to a loved one. We’ve seen attempts from both Google and Apple to make interacting with your smartphone while in your car as safe as possible, and while Android Auto certainly does have a lot to offer. The problem with Android Auto was Car manufacturers have been slow to integrate the service into new models, and people simply don’t purchase brand new cars as often as they do smartphones.

To use Android Auto, all you need to do is download the app, find an inexpensive car mount to attach your phone to, and you’ll be good to go. Running Auto on your Android phone will present you with an incredibly simplified layout that helps to make using your phone will in your car as safe and efficient as possible.

So far it looks great. Currently it is only available to some countries. Google says that an update in the coming weeks will add OK Google support for features like maps and music to Android Auto as well. You can grab the v2.0 update from APK Mirror here if you want to try it out even if it’s not available in your country yet.