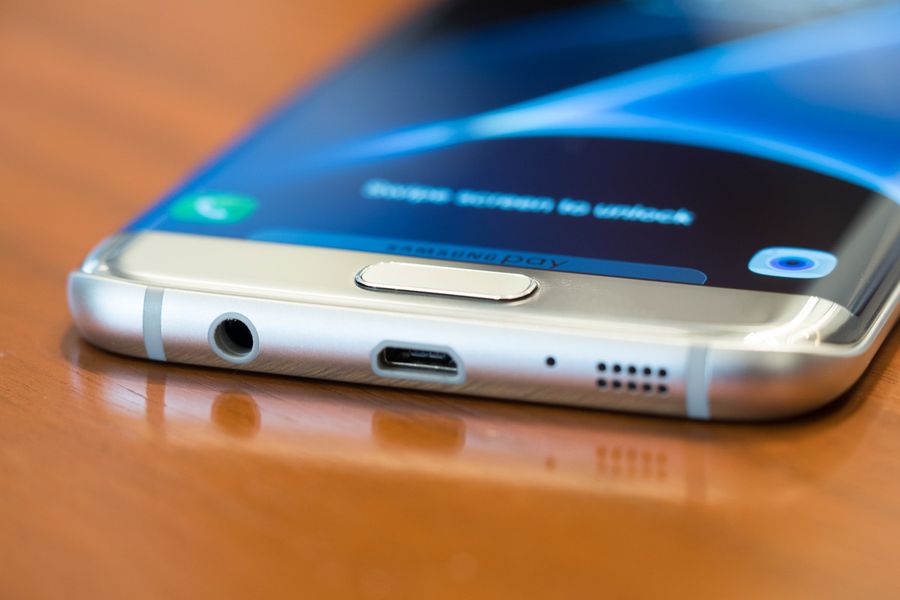 Galaxy S8 won’t feature a 3.5mm Headphone jack and a home button but will feature an embedded fingerprint scanner

The Galaxy S8 is coming in early 2017 and now we are getting more and more rumors and reports about the features of the device. The latest comes to us from SamMobile which says that the Galaxy S8 won’t feature a 3.5mm Headphone jack and a home button. However, it is still set to feature a fingerprint scanner embedded to the display like earlier rumors pointed.

Samsung will try to get rid of the 3.5mm headphone jack in favor of a wireless future, but also to free up space for additional components and probably a larger battery as well. Removing the headphone jack will make a lot of people mad, but if you are already invested in the wireless future you will be happy.

By getting rid of the physical home button, Samsung will replace it with an optical finger recognition system built inside the display.

It is also said that the Galaxy S8 will feature a USB C port and the USB C port will make the Galaxy S8 compatible with the latest Gear VR by Samsung, while still allowing for standardized fast charging solutions for the battery.

We will know whether all these rumors are true or not at MWC 2017 early next year as it is the rumored date for the launch of the Galaxy S8. Stay tuned to Andro Dollar for the latest on the Galaxy S8 and drop a comment and let me know what you feel about the S8 not having a headphone jack.