According to the Chairman and CEO of the consumer division of Huawei Yu Chengdong, The Huawei P10 and P10 Plus will launch in March or April this year. 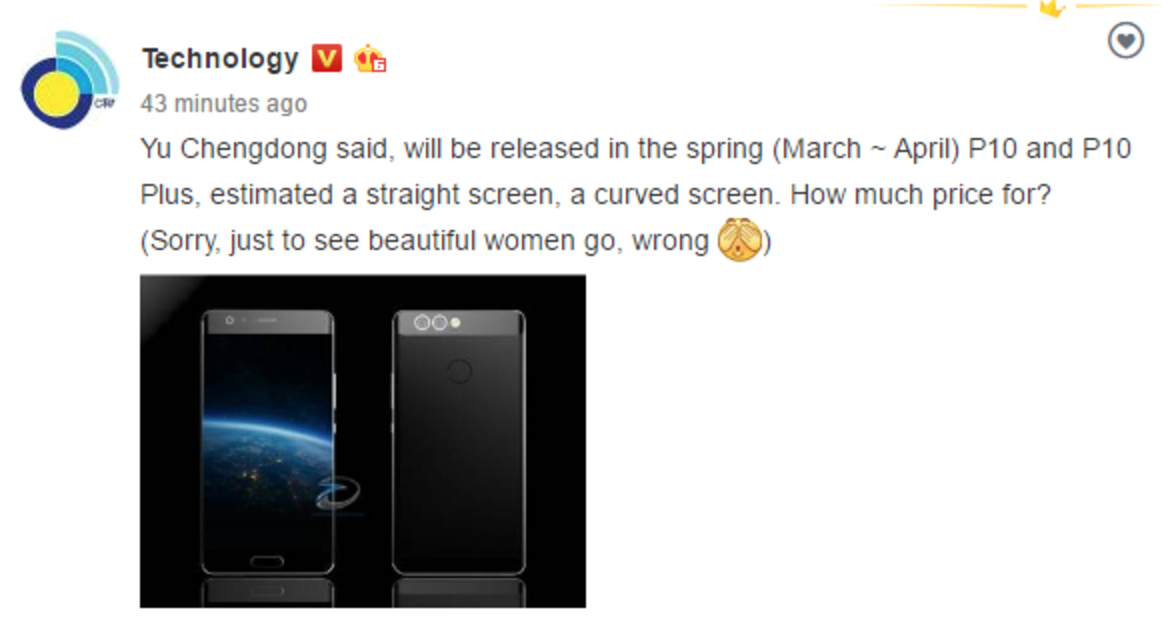 According to the post, the Huawei P10 will have a non-curved display, while the Plus variant will come with a curved screen. Previous rumor from last month said the P10 will also come with a dual curved screen. Specs-wise, rumors say the P10 and P10 Plus will be powered by a HiSilicon Kirin 960 SoC and will feature a 5.5-inch QHD touchscreens. RAM is going to be 6GB and it will feature a 256GB storage.

According to the latest reports, Huawei is also collaborating with Leica again to deliver a dual camera setup, possibly dedicating the second camera to enhancing image quality like on the P9. Other rumored features include on-screen fingerprint sensors, wireless charging, and dual-edge displays.