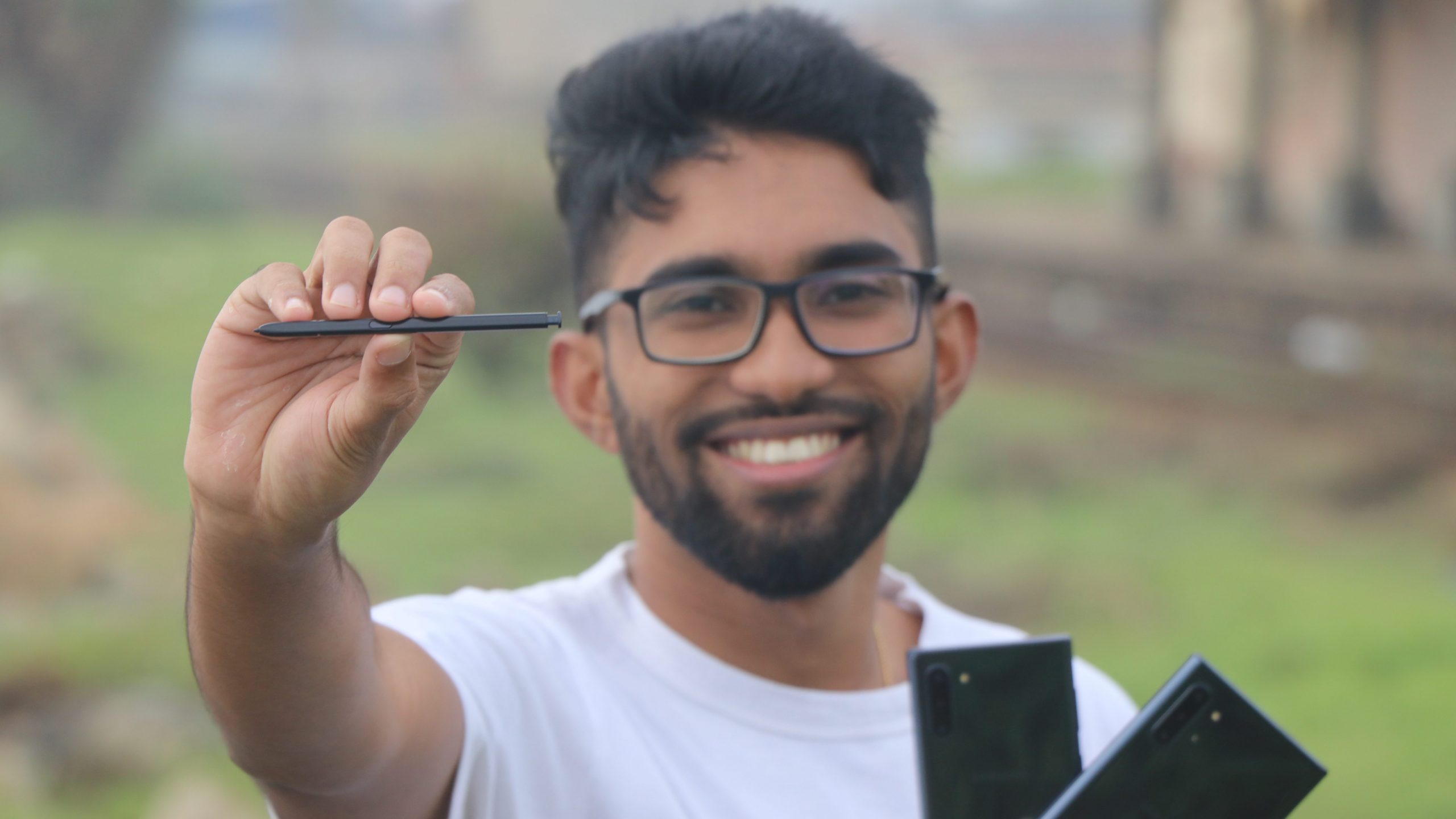 The Galaxy Note 10+ features a 6.8″ QHD Dynamic AMOLED screen which is quite big. The Galaxy Note 10 on the other hand has a 6.3″ Full HD Dynamic AMOLED screen which is almost the same size as the Galaxy S10 and smaller than the Galaxy S10+. Both the Note 10 and Note 10+ feature a HDR10+ & Dynamic Tone Mapping for super image quality. The main thing about the front design is the centered punch hole camera and the extremely thin bezels. Samsung has done a pretty great job with the design of the Note duo.

The trademark S Pen has new features that make it even more useful. It has gained an accelerometer and a gyroscope so it can be used as a motion controller. The default gestures help you navigate the UI at a distance, but Samsung is opening up the Air Actions SDK, so app and game developers can use it in new, creative ways. 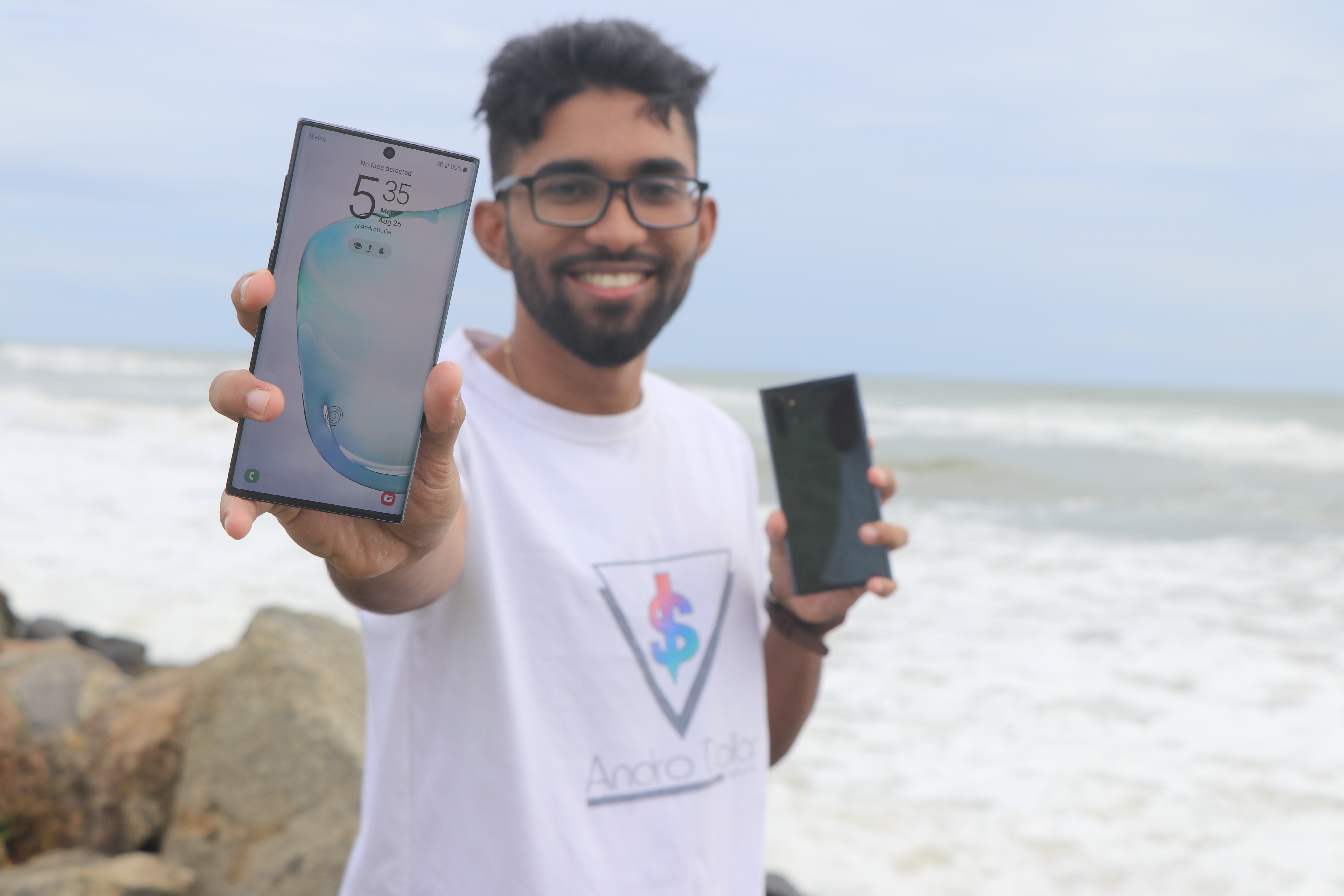 The main camera features a 12MP sensor, optical image stabilization (OIS) and a dual aperture (f/1.5 and f/2.4). There’s also a telephoto camera with a 12MP sensor and OIS, plus a 123° ultra wide-angle 16MP camera.

The 3D ToF sensor on the Note 10+ is used by the 3D Scanner app to create 3D models of real-life objects, similar to what we have seen from Huawei before.

The front facing camera which is the punchhole is a 10MP selfie camera with an 80° lens and autofocus.

The Note duo can record 4K video and offer features like Life focus video (bokeh) and an improved version of the Super steady feature (which gained a Hyperlapse mode). They also get a more advanced video editor that can also leverage the S Pen makes for quicker selecting and trimming. A Note-friendly version of Adobe Premier Rush is available for free download for those who need more advanced editing features.

Both the Galaxy Note10 and Note10+ come in LTE and 5G versions, although 5G units will naturally have limited availability as most carriers don’t have functioning next-gen networks yet. 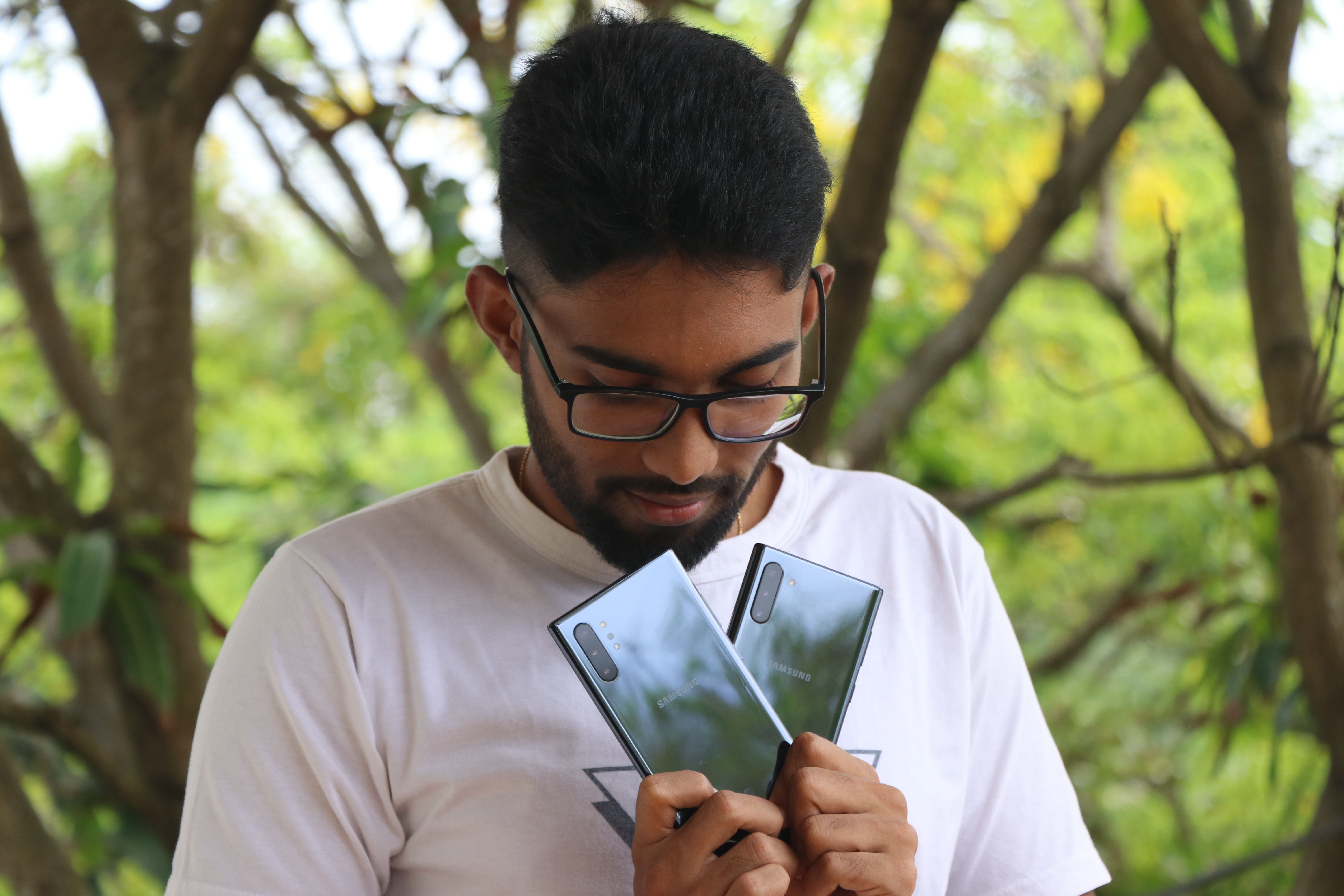 The Galaxy Note10+ and Note10 come with 256GB of storage as standard, with 512GB versions also available. The Note10 has 8GB of RAM while the Note10+ has 12GB RAM. The Plus model is the only one to have a microSD slot, which supports cards up to 1TB.

The Plus model also has a larger battery at 4,300mAh with 45W Super Fast Charging. Samsung says that you only need 30 minutes of charge to last you through the day. The catch is that you’d need to buy the 45W charger separately as you only get a 25W one in the box. I wish Samsung had that bundled in the box though.

The smaller phone gets a 3,500mAh battery with 25W charging. Both support fast wireless charging and reverse wireless charging, so you can top up accessories like a Galaxy Watch, Galaxy Buds or even other phones.

Both Note10 models feature stereo speakers and come with a pair of USB-C headphones in the retail box as they lack 3.5mm audio jacks. The speakers and the headphones have been tuned by AKG for superior audio.

Samsung’s new Link to Windows feature integrates will sync notifications, messages and photos with your Windows 10 PC. This feature can be enabled from Window’s Quick Panel.

Another neat new feature is PlayGalaxy Link, which allows you to continue playing a game from your computer on your phone. The phones also feature the slimmest vapor chamber cooling to help them stave off thermal throttling.

The Samsung Galaxy Note10 and Note10+ is now available to purchase. There are a few colour options that are available including Aura Glow, Aura Red, Aura White, Aura Black, Aura Pink and Aura Blue.

To know the pricing of the Galaxy Note 10 and check out the device in detail, checkout my videos and follow me on Social Media @AndroDollar and @BanuAthuraliya to always stay up to date with latest from the tech world.