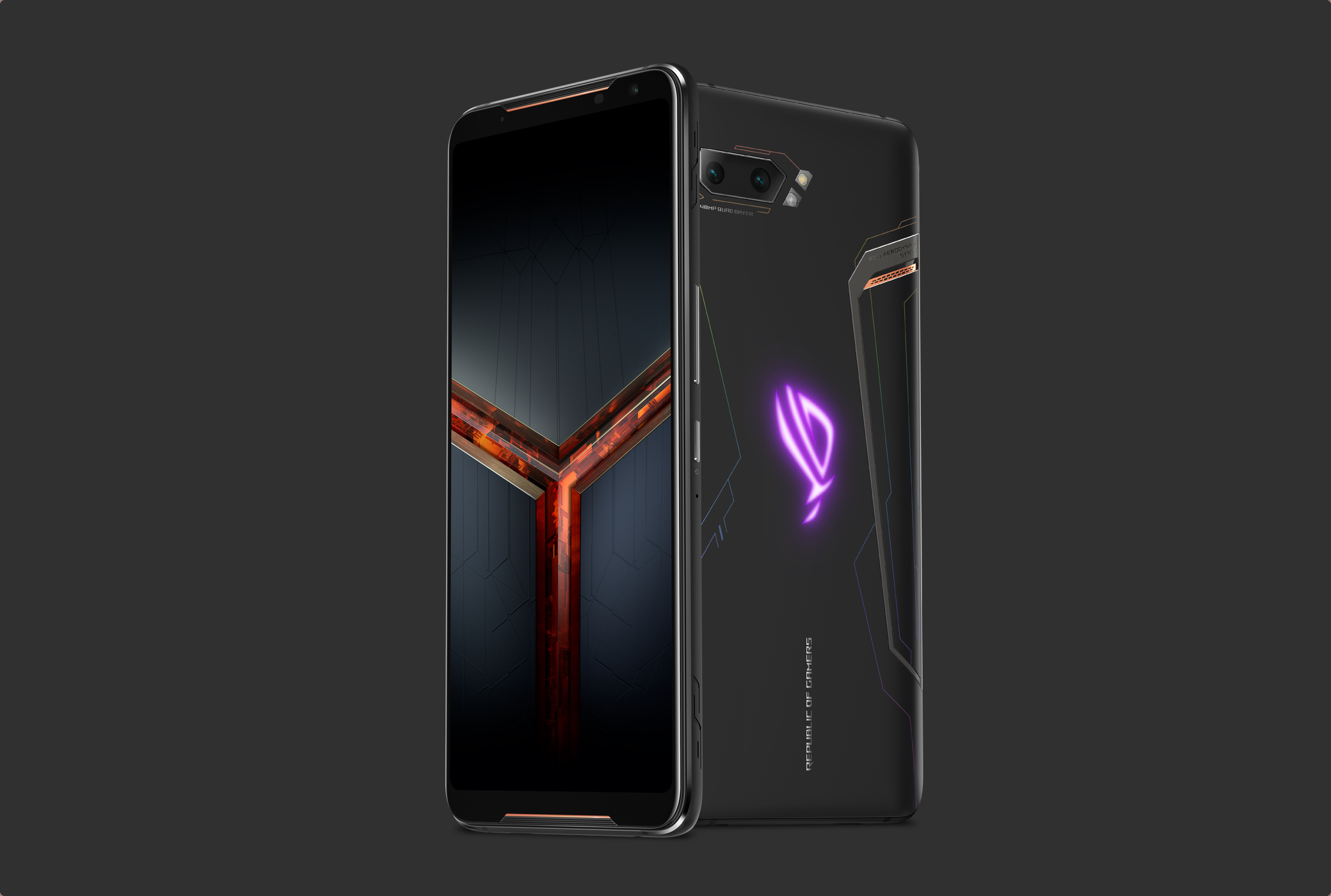 The ROG Phone II is a phone made for enthusiasts. It is officially the first smartphone with Snapdragon 855+ chipset clocked higher than the 855 in every other high-end Android phone and a “special” Adreno 640 GPU that also outperforms the regular version. It comes with 6.59″ AMOLED 120 Hz 10-bit HDR screen and Asus says that it exceeds the bounds of the DCI-P3 color space (108%) and boasts perfect color accuracy. The ROG phone 2 comes with 12 GB RAM and 1TB storage.

It also now comes with an under-display fingerprint scanner and an exclusive matte black finish. The ROG Phone 2 has DTS:X Ultra speakers with larger chambers for a superb sound.

When talking about the cameras, the new ROG Phone sports a 48 MP main camera and a 13 MP wide-angle camera. It looks like a decent camera, but without putting it to the test, I won’t be able to give a verdict on the performance of the snapper. LTE performance is also faster and supports Cat 20 4G LTE download speeds with theoretical peaks up to 2Gbps.

Best part about the ROG phone II is the battery because it packs a massive 6000mAh battery that will easily last for an entire day even with really heavy use. This will definitely be able to get your through more than 1 day (in most cases 2 or 3 days) without much issue. Another interesting thing about the ROG phone 2 is the “newly designed 3D vapor chamber” which promises to keep the Qualcomm processor running fast without throttling. If by any chance you manage to warm it up, you still have the option of clipping on a fan accessory for even more robust cooling, which is neat.