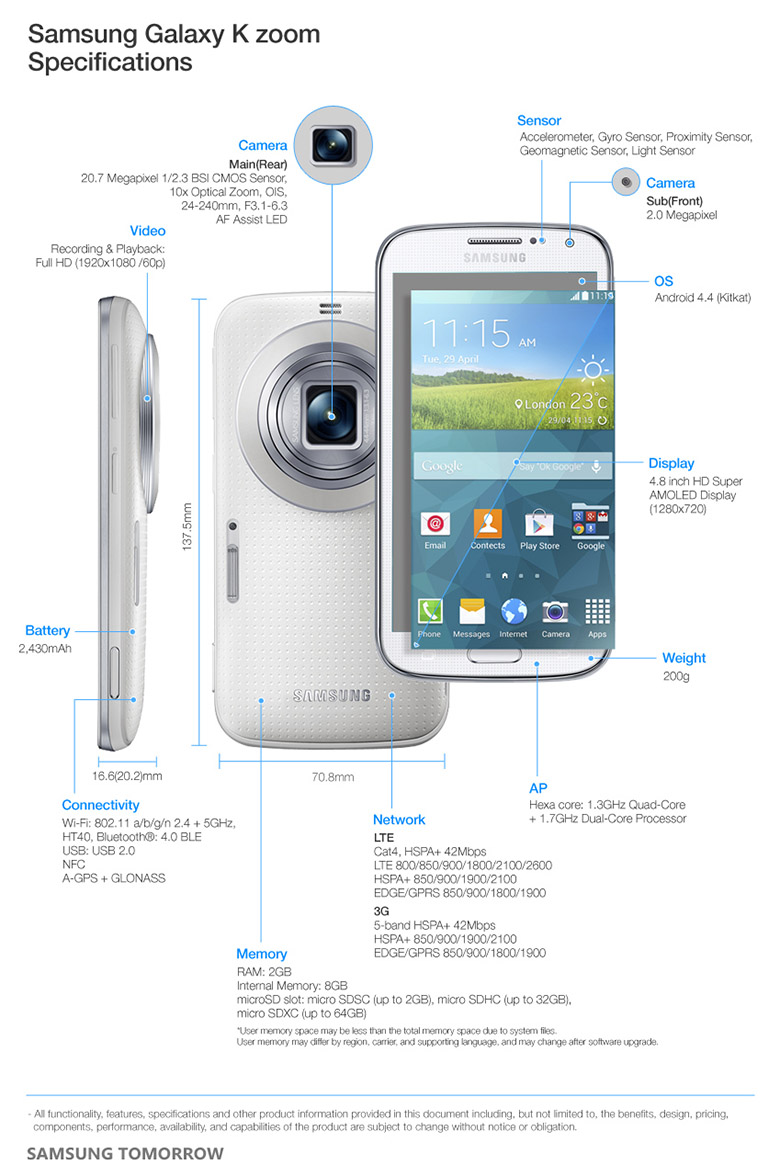 Samsung Launches the Galaxy K Zoom with a 20.7 MP Camera

We were all expecting the Samsung Galaxy S5 with a better camera and a Zoom lens, and it’s Finally here. It is being called the Galaxy K Zoom, unlike last years Galaxy S4 Zoom. The concept is to make a camera able to make phone calls. And, since we’re focusing on photography mainly, the Samsung Galaxy K zoom packs a 20.7-megapixel backside illuminated sensor, Xenon flash, optical image stabilization, and 10x optical zoom with the help of expandable/retractable lens and looks less bulky than last years model.

The Galaxy K zoom will be available in May in black, white and blue for €499 according to Samsung.

Checkout this official introduction video by Samsung on the Galaxy K zoom below, and let us know what you think about this phone. Would you pick this over the Original S5 and why?