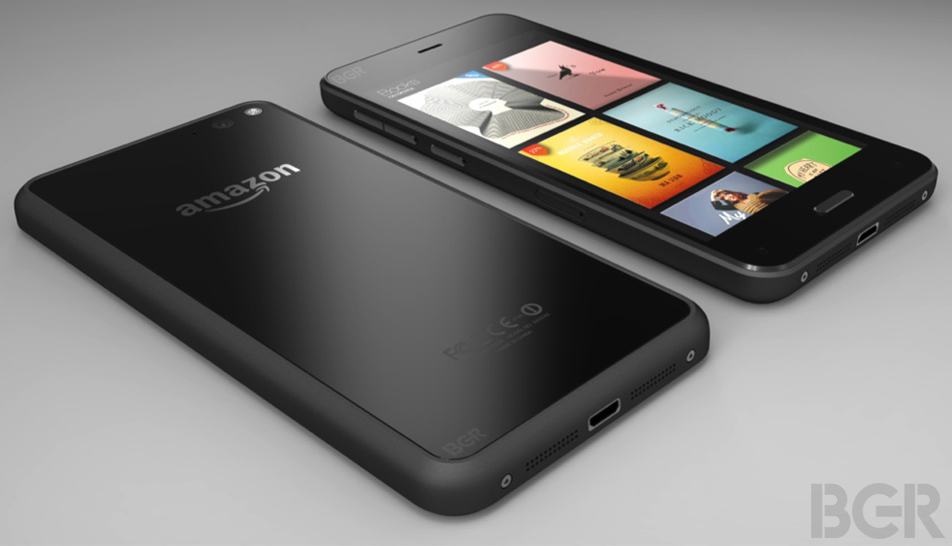 We saw Amazon’s First Smartphone leak out sometime back. It is said The company’s very first smartphone should be officially announced in June or at least that’s what the latest reports are indicating.

The Image was leaked out by BGR, and it was reportedly verified by “multiple sources” that talked to BGR. It’s said that the image is being used internally by Amazon’s graphic designers. This might not look that impressive, but we think it looks decent and we think that Amazon did a pretty good job designing it.

Specs-wise, the first Amazon smartphone should offer a 4.7-inch 720p display, 2GB of RAM, a quad-core Qualcomm Snapdragon processor, and a 13MP rear camera which seemingly has an LED flash. The handset should use a customized version of Google’s Android, reportedly coming with a 3D UI, and unique tilt-based gestures. Four infra-red camera sensors found at the corners of the device’s front will allow the software to modify the 3D UI based on users’ position.

The handset’s price isn’t known at the moment, but we don’t think it will be high since this seems to be a mid ranger.