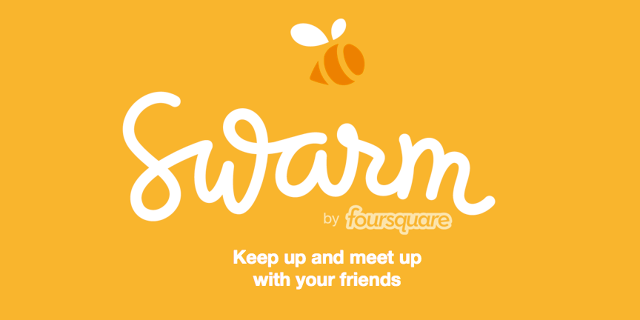 Foursquare’s All New Check-in App, SWARM is now available to download; Get the APK here

In-case you have been living under a rock for the past few days, you might have not heard about Foursquare’s App Split. Foursquare announced that they are splitting their app in to two in an interview with The Verge. One app, will have all check-ins and questions about which friends are nearby; called Swarm. Foursquare’s legacy app would only have its Yelp-like “Explore” feature and be dedicated to finding venues.

Check out the Article by The Verge, to get a better understanding of what I’m talking about.

Once this news went public Foursquare allowed users to Pre-Register for the service. So a few hours earlier, the people who registered for the Early Invitations, got the following mail, and a tweet was also sent out by the Swarm Team.

There are three main ideas in Swarm. A News feed, a standard messaging system, and a social map. The Newsfeed is a polished version of Foursquare’s already existing version. Through the messaging system, there’s a focus on geolocation. The social map will show you friends who are nearby, and if possible, what they’re doing.

Foursquare’s well known Check-in system is used well in this app, and the app is surrounded by Bright Colours; Yellow Mostly. Right Now It’s hard to see how useful this is unless your social circle is constantly within a mile or so of each other. We will have to give Swarm, more time till more people get adapted in to it. The Re-Modified Foursqaure app will be released later this year. Stay tuned to Andro Dollar, to get to know about that as soon as it happens.

Now it’s your chance to download the Swarm app. The App is available on Android and iOS. Let us know what you think after you try it out. We would Love to hear from you about this New Beginning.

You can download the APK from Mega, Dropbox or Dev-Host.