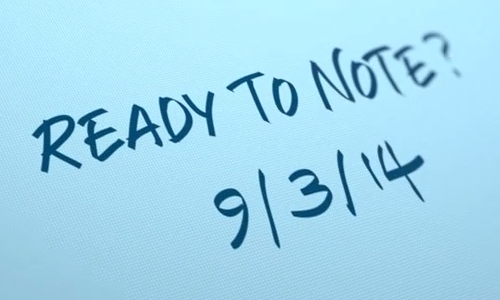 Remember last year when the Galaxy Note 3’s Wallpaper Leaked? The same has happened this year as well, just days before Samsung’s UNPACKED 2 Event at IFA where the Galaxy Note 4 will be Unveiled. The Wallpaper has a 2560 x 2560 pixels Resolution and it looks colourful.

The Wallpaper was first shown off by Sammobile. Last year also it was leaked by Sammobile, and it was the correct one. So we will see the Nice wallpaper running on the Note 4 on the popping QHD display and I think it will look awesome. Check out the Image Down below in Full Resolution. The Galaxy Note 4 will probably Feature a Metal Trim with a Removable Back as we saw in the Leaked Pictures, and will have a 16 MP OIS Camera with the other top of the line specs. The device will also have a Finger Print scanner with new tricks, and a Bevvy of new Features that will take use of the Large screen and the S-Pen.

Are you waiting for the Next Big Thing? Stay tuned to Andro Dollar because we will have a Live Stream and a Live Blog just for you.