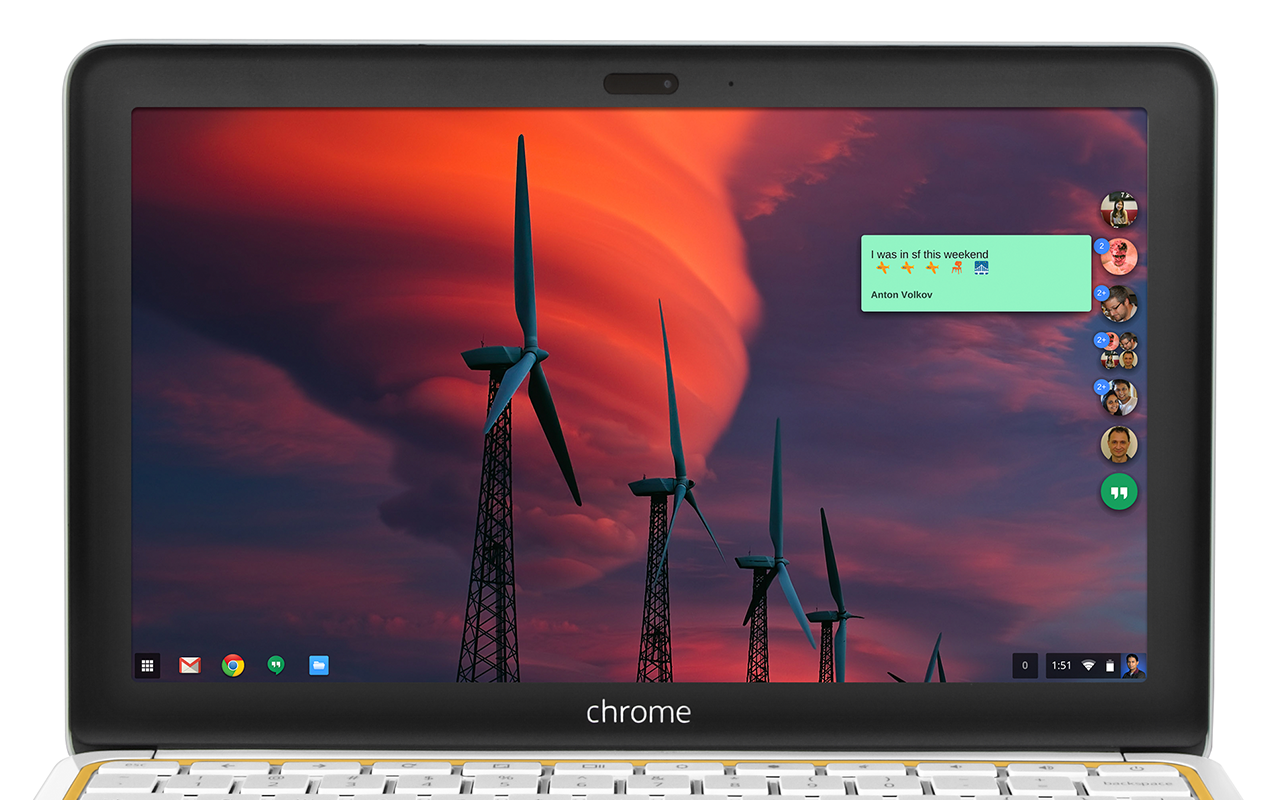 Google is trying with full force to make Hangout widely available as well a to make it the best in every form. Their Old Hangouts Extension was pretty outdated and it lacked useful features, but now Google has pushed a Extension that fixes a lot of things, and adds a Great Feature.

Yup I’m talking about the Facebook looking, Chat Head Bubble, that Hangout users are going to see on the Desktop from here onwards (If the extension is enabled). Take a look at how it works,

This chat bubble will always keep conversations quickly accessible alongside whatever else you’re doing on your PC or Chromebook. Google is also promising a “streamlined design” that won’t get in the way or prove bothersome when you’re trying to get work done.

There’s no need to have a browser running, as the new Hangouts Chrome App is completely standalone. “You’ll get all your messages as long as you have the app running, and your chats will sync across Hangouts on all your devices”

As always, voice calling and full Google Voice integration is also built in. It sounds like a nice improvement for Windows and Chromebook users; hopefully we’ll see something similar on Mac at some point in the future as well.

If you want to get this on your PC, it’s Pretty Simple. Just Download and Install this Google Hangouts – Chrome Extension. The rest is Magic.