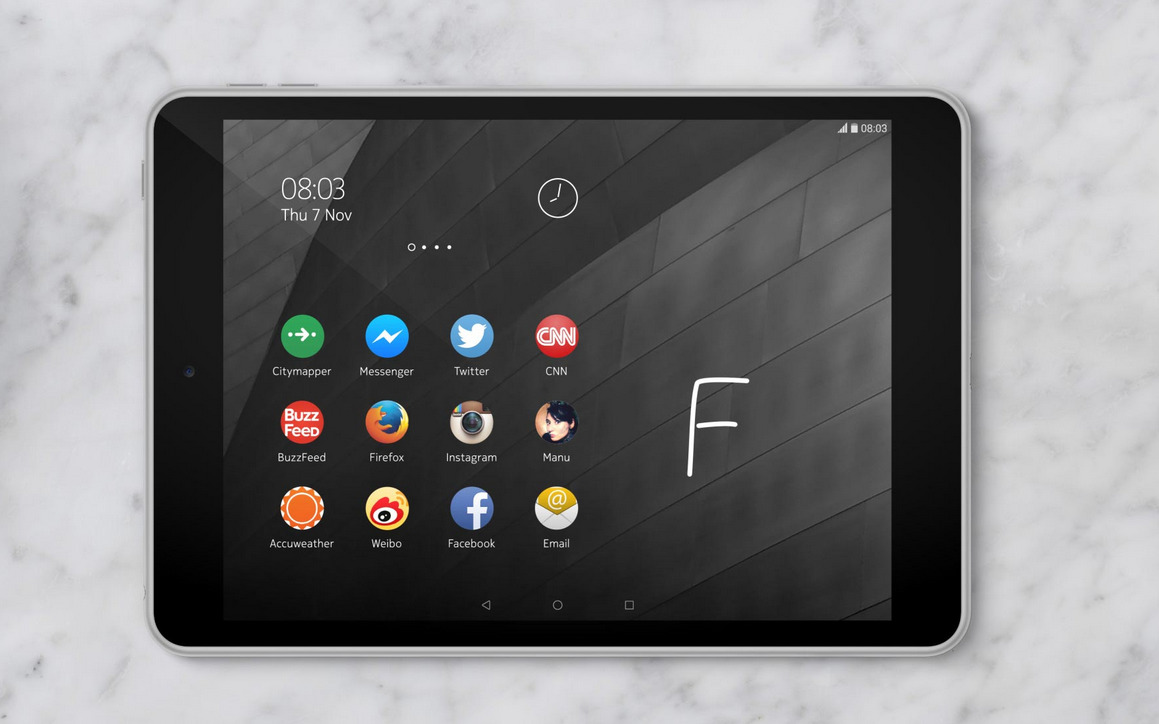 Yes, you read the title right. Nokia is not dead yet, as it seems. Yesterday, The Official Nokia Twitter account tweeted out a Teaser picture showing a mysterious box with the Motto “Thinking Ahead”, and now we know what was in it – The Nokia N1. The Nokia N1 is a Stylish, Cheap, Android Tablet by Nokia, and at First glance it looks really great.

The Nokia N1 is an Aluminum device with a thickness of just 6.9 mm and a weight of 318 g, making it compact. The Nokia N1 will be available in 2 Colours, Aluminium or Lava Gray.

The Nokia N1 features a 7.9″ IPS LCD display with a resolution of 2048×1536 pixels and an aspect ratio of 4:3. The display is also fully laminated, and it has a zero air-gap screen, which is protected by a Gorilla Glass 3.

The Nokia N1 is powered by the 64-bit Intel Atom Z3580 processor with a 2.3GHz maximum clock speed alongside a 533MHz PowerVR G6430 GPU, 2GB of RAM, and 32GB of built in storage. Storage is not expandable. The device also has Bluetooth 4.0 and Wi-Fi 802.11a/b/g/n/ac. The Nokia N1 has Stereo speakers for the Entertainment Lovers.

The Nokia N1 has a decent shooter as well. It features a 8MP Camera that has 1080p Video recording capabilities. It also has a 5 MP front facing camera for those amazing selfies and Video Chats.

The Nokia N1 has a 5300 mAh rechargeable lithium polymer battery, and it should last you a full day. Detailed information was not given by Nokia at the event. The Nokia N1 becomes one of the First Android devices to feature a Micro-USB 2.0 with a Type-C reversible connector, meaning you can connect the Micro USB Cable any way you want. This is a Great Implementation that we would love every OEM to use.

Coming to the Best part about the Nokia N1, the Software Experience. The Nokia N1 will ship with Android 5.0 Lollipop, but in a modified form. Nokia has bundled in it’s own “Z Launcher”, along with some software tricks. It is mostly Gesture based. Talking about the Z Launcher, it is now available on the Google Play Store. Download it here if you are interested.

The Nokia Z1 will be released in early 2015 in time for the Chinese new year. Nokia is planning on launching the device in China and markets in Europe for a price around $249. That’s good pricing.