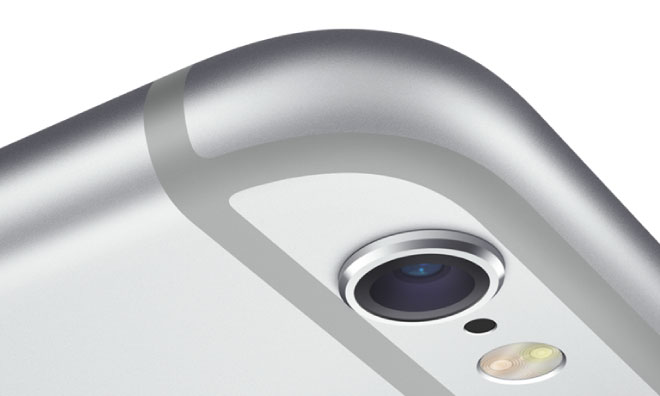 Apple iPhone 6S to have a 2 Lens Camera System

The iPhone 6 is here and it has a Great Camera. It is currently The Best Smartphone Camera available According to DxOMark. With the future iPhones, it looks like Apple is going to keep the trend going. According to well known Apple analyst John Gruber, Apple is working on a dual lens camera system for the rear camera of the next iPhone, which will bump up the image quality a lot.

John Gruber went on to say,

The specific thing I heard is that next years camera might be the biggest camera jump ever. I don’t even know what sense this makes, but I’ve heard that it’s some kind of weird two-lens system where the back camera uses two lenses and it somehow takes it up into DSLR quality imagery.”

This two camera system sounds similar to HTC’s Duo Camera, which uses a secondary depth sensor to produce DSLR-like shallow depth of field, although artificially in software. This could possibly be what Gruber meant by DSLR quality imagery, as the shallow depth of field is one of those things DSLRs do well with their big lenses and sensors that you just can’t get naturally on mobile phones.

This is still a rumor that is not officially confirmed, and Gruber does mention that he has heard it “from a birdie of a birdie”, so do take it with a grain of salt.

If you recall, Apple patented an interchangeable lens system for the iPhone back in April this year. A filing with the US Patent Office (USPTO) shows a clever system that allows the attachment of a large lens to the body of the iPhone in a manner somewhat similar. Checkout their filing with USPTO here.

The Rumor mill is just getting started with the iPhone 6S, so we are going to have to wait till Next September to know exactly on what’s going to happen. Apart from the Lens – Probably, Apple will also bumb up the Megapixel count of the camera as well.

I can’t wait to see this get implemented. Stay tuned to Andro Dollar to know the latest.