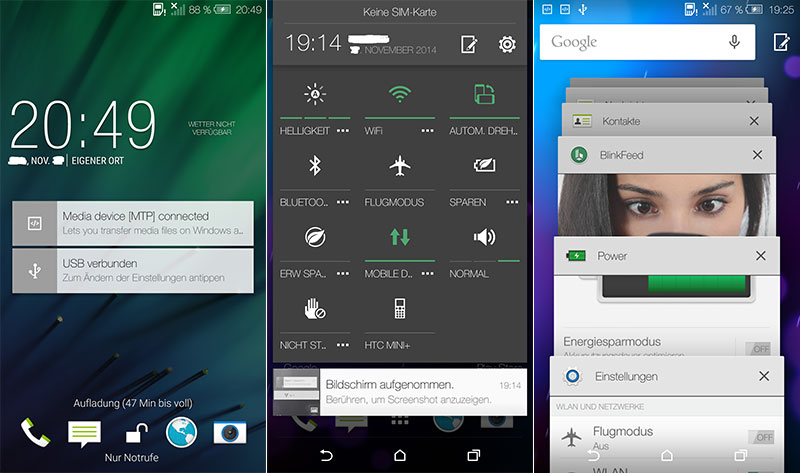 The overall UI has not changed much, but we see the new Android Lollipop additions here and there, like on the lockscreen where it has the Notifications. The Recent screen is just like the one found on Pure Android Lollipop, The Notification area also see some minor changes. What will improve the overall look is the way it works with the devices, so we will have to wait for a full working build to pop up to test that.

HTC has promisted to update the HTC One (M8) within 90 days from receiving the final source code from Google, which means by early February 2015 it has to be here. Let’s wait and see.

HTC users must be really pumped. Let me know what you think on HTC’s take on Android Lollipop with Sense, down below in the comments section.