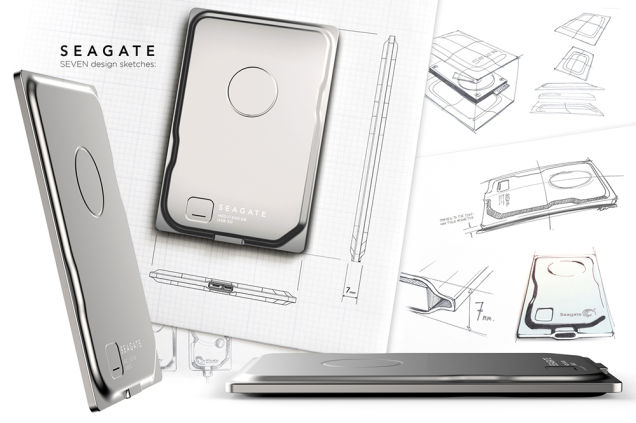 Seagate is stepping it game up by unveiling a Brand New Portable Hard Drive, and it’s called the “Seagate Seven”. When I saw the images I went like WOW! Seagate has crafted one of the most Beautiful Hard Disks ever. The Seagate Seven is just 7mm thin and it has a capacity of 500GB and the Hard Disk suppots USB 3.0.

This brand new Hard Drive is being launched to celebrate the 35th anniversary of Seagate. Seagate hasn’t given us much details about the New hard drive except for a Teaser Video and some Images, so for now let’s enjoy these.

The hard drive will be widely available to purchase starting Mid to Late January for $99.99.

Would you like to get one of these thin Portable HDDs? Let me know in the comments section, and share this with your friends to let them know about the Thinnest Portable HDD in the world.