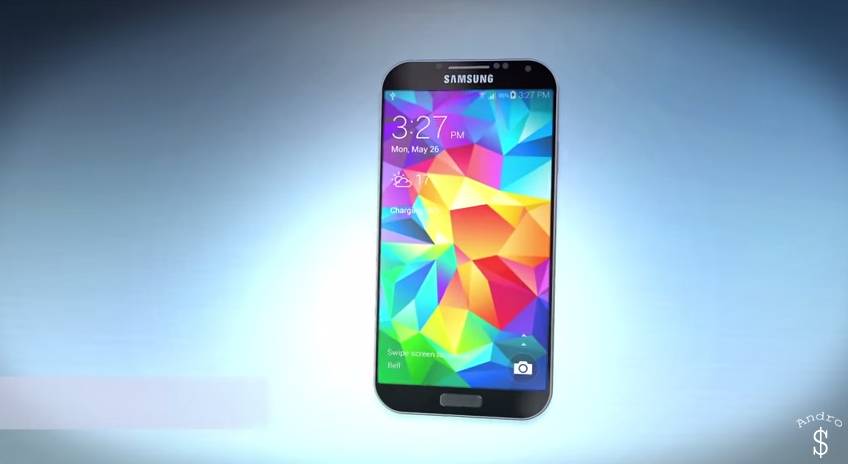 I have reported on the Galaxy S6 before and how Samsung is planning to implement Project Zero. We also saw the Alleged Images of the Galaxy S6 in last week, and now we have got a similar device appearing in Samsung’s Official Blog Posts Video which is focusing on Knox.

The video describes how to set-up the My KNOX app which is Free in the Google Play Store for Samsung devices. Check it out below.

By the look of it, the deice looks extremely close to what we saw earlier, maybe this is Samsung teasing us, or maybe this is just a rendered device. At this point we can’t say for sure. One key point on the device is the bezels and it seems to show that metal has been used here. The device also appears to be running Android 5.0 Lollipop, but the improvements that we mentioned in previous reports can’t be seen here. This is what makes me think that this is just a Teaser by Samsung.

There is also speculation about a version of the Galaxy S6 featuring a dual-edged curved display.

The Galaxy S6 is rumored to have a 5.5″ QHD Display, a 64bit Snapdragon SoC, 3/4 GB of Ram and it will be running the latest Android 5.0 Lollipop with Touchwiz on Top.

CES is this week, and we might see Samsung putting out something unexpected. Sammoble reported that Samsung might show off the Galaxy S6 at CES. Stay tuned to Andro Dollar as I will report on all of the news as fast as possible.

Do you think this is indeed the Galaxy S6? If so what do you think about the overall look of the device?