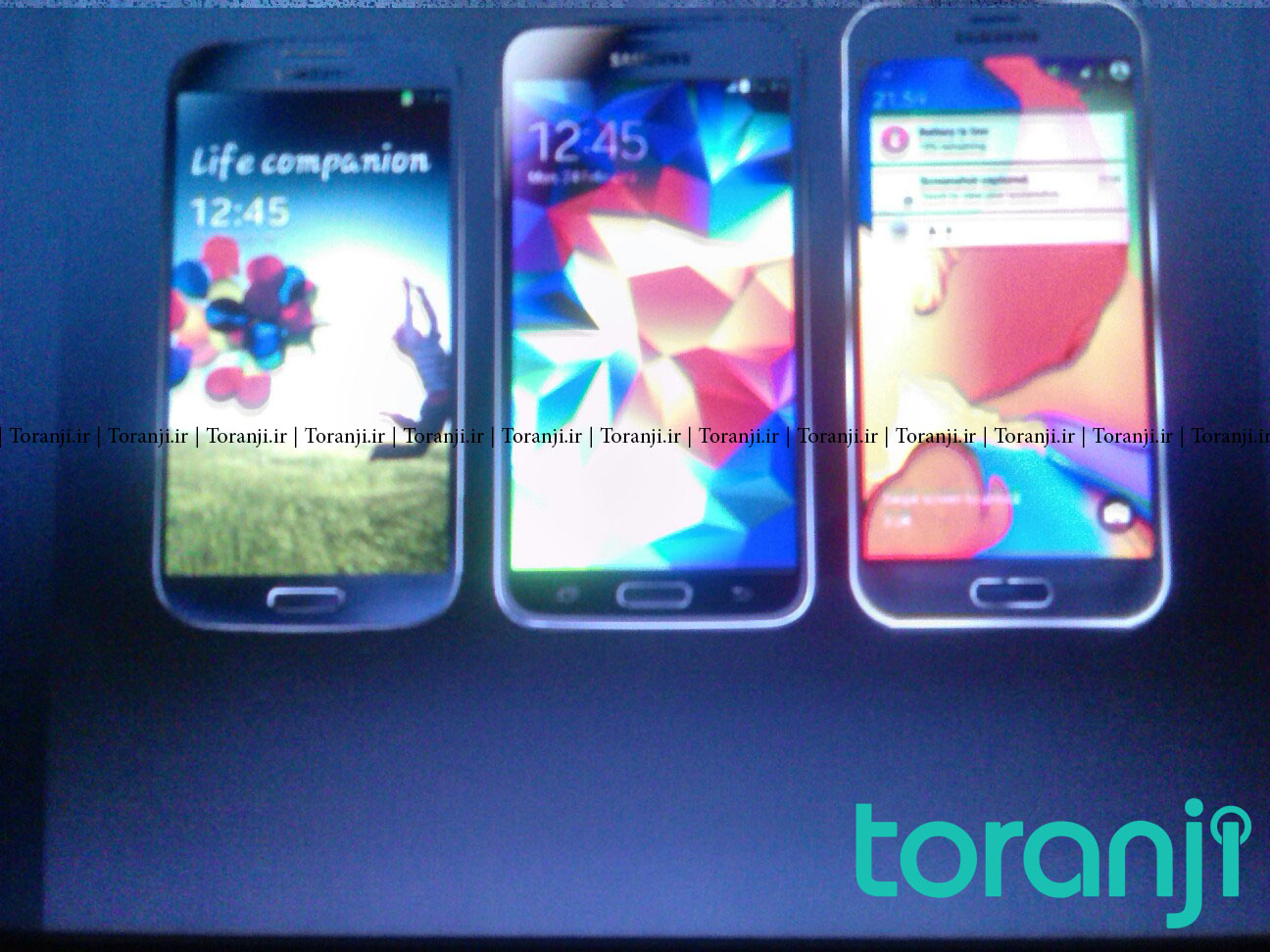 Just a few days ago we saw the Alleged Galaxy S6 images leak out, and today we have got more leaked images that show a fully assembled device.

The leak shows 3 different color versions of the Galaxy S6 and the device seems to be in working condition running Android 5.0 Lollipop with Touchwiz on top.

The device has the Traditional home button used by Samsung, and it has a Wallpaper used by Samsung. The device also seems to be surrounded by Metal, and this might prove the previously leaked images of the Metal Body. There is another image which shows the device next to the Galaxy S4 and S5.

To be honest, The leaked device which is the Alleged Galaxy S6 looks similar to the HTC One (M8) at first glance. This is not starting from ground level; Earlier we heard that Samsung is starting from the beginning with the Galaxy S6, hence it was given the codename “Project Zero” as I previously reported.

The Galaxy S6 is rumored to have a 5.5″ QHD Display, a 64bit Snapdragon SoC, 3/4 GB of Ram and it will be running the latest Android 5.0 Lollipop with Touchwiz on Top.

We are expecting the Galaxy S6 to be unveiled at MWC 2015 or sometime around that.

Remember that these are early leaks and they should be taken with a pinch of salt. What do you think about the looks of the device, if this indeed turns out to be the Galaxy S6? Drop a comment and let me know.