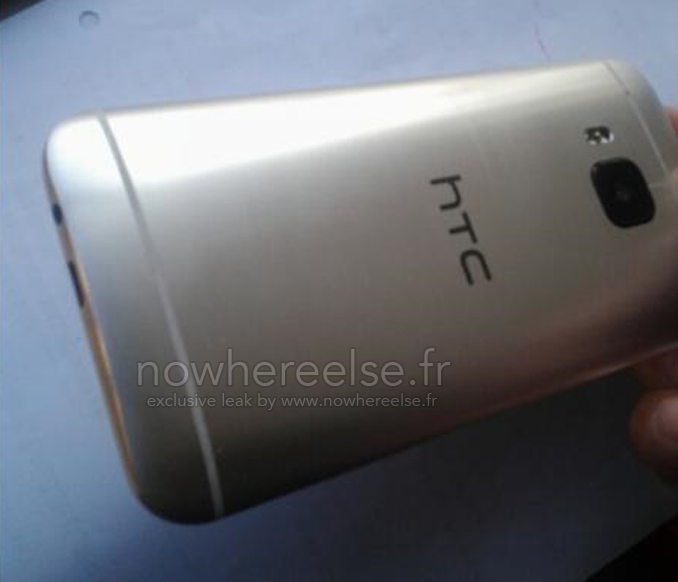 UPDATED : Leaked Images reveal the HTC One M9 for the First Time

The Time has come. HTC is getting ready to unveil the HTC One M9 which is code named Hima, and HTC also sent out press invitations for the event last week. Today, Nowhereelse has leaked the HTC One M9 for the first time.

UPDATE 1 : A New image for the HTC One M9 has been leaked once again and this leak shows the device being compared to the HTC One M8, and we can see how similar the 2 devices are. It looks incredibly similar. UPDATE 2 : New Press Renders have also emerged that shows the HTC One M9. Along with this we have got some images that show the HTC One M9 with a Case. UPDATE 3 : A New Image has surfaced and it shows the HTC One M9 with the side profile, and this clearly shows that the power button has been moved to the Right side, right underneath the Volume Buttons. We are also expecting to see a 2840mAh battery. ORIGINAL ARTICLE : According to the Source, these are images of a Prototype of the Upcoming flagship. We can’t be sure that this might be the end result but it might look similar. The Leaked images doesn’t reveal anything exciting. The device looks extremely similar to the HTC One M8 from the front. The Boomsound Speakers are still present along with the HTC Logo. At the back we see the new rumored 20MP camera. The rear camera has a sqare-ish look to it and we see the usual dual LED Flasher next to it. At the back, it looks like the second depth sensor has been removed. We are sure the device will be nicely crafted in Aluminium like before.

We are expecting the latest HTC Flagship to pack a Snapdragon 810 SoC along with 3GB of Ram, and a 5″ QHD Display. Along with all of this, we will see HTC Sense 7 running on top of Android 5.0 Lollipop.

There is a chance that these images could be all fake, so take this as a grain of salt. Stay tuned to Andro Dollar to know all about the latest Leaks and Future updates about the Latest Flagship from HTC. Share this with your friends so that they will also be updated on the latest leaks.