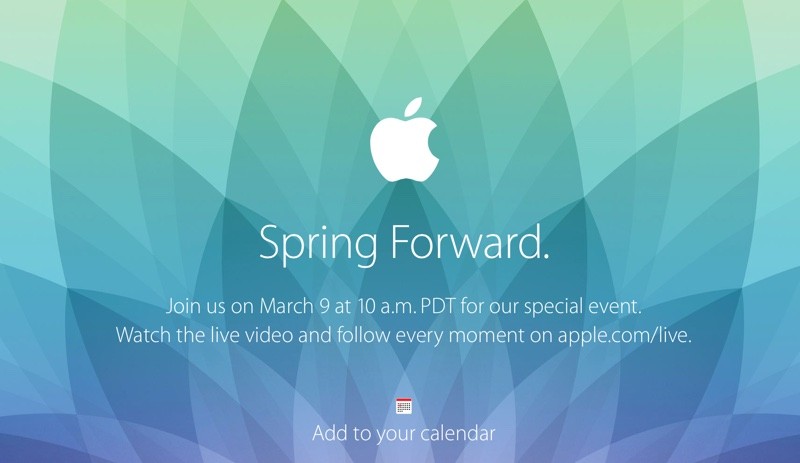 Apple announced the Apple Watch along with the iPhone 6 and iPhone 6 Plus last year but the Apple Watch was set to be released in April this year. Now Apple has sent out press invitations for an event to take place on the 9th of March, and this could be the event where they finally make it public.

We have already seen the features and the extra functions of the Apple watch earlier. If you want to know more information, Please click here.

This event might mainly focus on the Apple Watch, but we could also see the New Macs, especially the redesigned Macbook Air which has been in the rumor mill for quite some time.

So are you excited for Apple’s event? If so why not Share it?