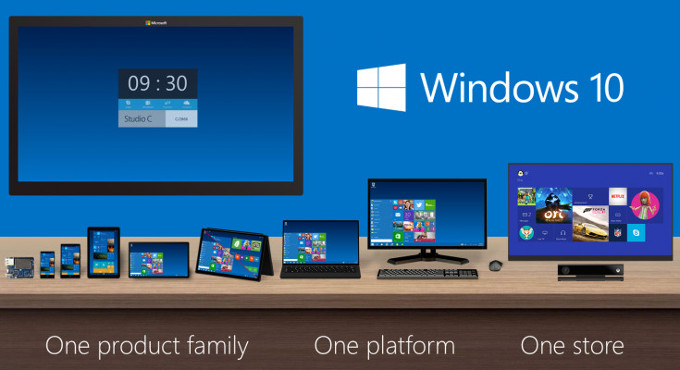 Yes, Bomb Dropped. Microsoft is just changing everything. Firstly, Microsoft announced that Windows 10 will be launched “this summer” in 190 countries around the world, and in 111 different languages. That’s some great news to begin with.

Next as they revealed previously, they again reminded us that Windows 10 will be offered as a free upgrade to Owners of Windows 7 or 8. However what’s new is that, they will be releasing the update even if the user is using a Genuine Copy of Windows or even a Pirated Copy of Windows. That’s just amazing considering how many people in Asia use Pirated Copies. This will allow Microsoft to easily unify all Platforms, and this will be a huge step up.

Terry Myerson, who runs Microsoft’s operating systems unit, announced the plan at the WinHEC technology conference in Shenzhen, China. His exact words were,

We are upgrading all qualified PCs, genuine and non-genuine, to Windows 10”

Microsoft also said that Lenovo will make Windows 10 phones which should be released in mid-year 2015, and they also announced Chinese Smartphone Manufacturer, Xiaomi as its partner. What Microsoft is planning to do with Xiaomi is very interesting, as it is said that they will be making a Windows 10 Custom Rom so that the Xiaomi Mi 4 Users can install it on their devices, try it and then give feedback. This will allow the device to easily run between both Android and Windows 10, which will super charge the device. I’m particularly pumped to see this feature on most Android Flaghships. Knowing the Committed Android Developers out there, we should see some way to get it done on Most Android devices if Microsoft releases a Tool.

So What’s your Favorite News from this post? I think it’s all special to me. Can’t wait to try out what Microsoft has in store for us in the Summer in the Final Version. Are you as Excited as I am? Then Feel Free to Share the Article, and Drop a Comment.