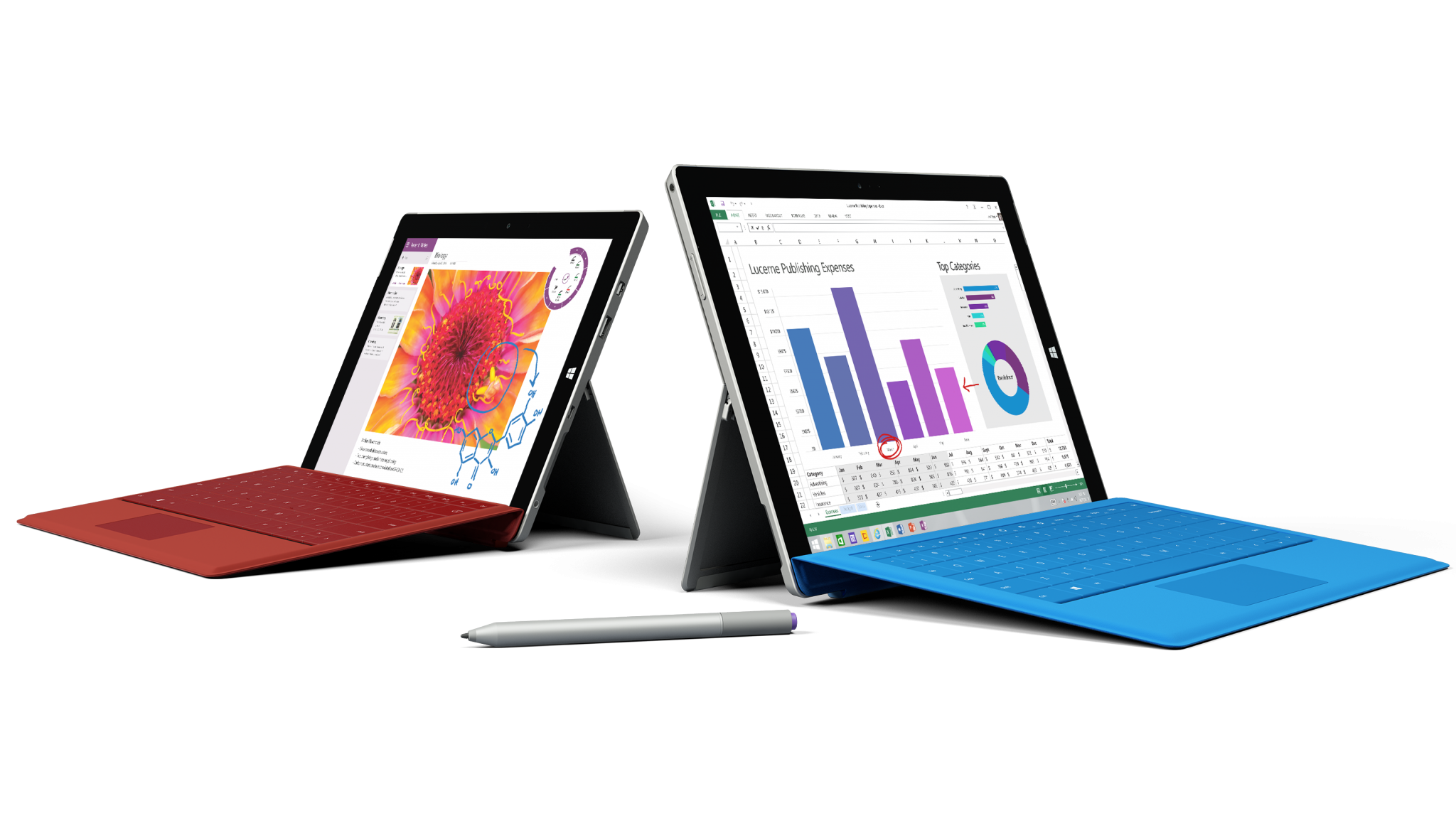 This is the successor to the Surface RT & Surface 2. Both of those didn’t allow users to run Full Windows Software, but the Surface 3 does all of that.

Microsoft’s aim to to make a tablet that will replace the Laptop, and with the Surface 3 being small and light weight, but yet powerful, I think it might be quite appealing to a lot of users. The Surface 3 has the same silver magnesium casing, a similar thickness, and the smaller roughly 10-inch display you’d expect from Microsoft’s basic Surface offering.

The Surface 3 is powered by a quad-core Intel Atom x7 processor and it has a 10.8-inch, 1920 x 1280 display with a 3:2 aspect ratio. The Surface 3 has a new three-stage kickstand and to help with lap use, Microsoft is upgrading its smaller Surface Type Covers to accommodate the Surface 3. The covers snap into place underneath the screen with magnets to help make the keyboard a lot more sturdy in your lap. Older Surface 2 covers are still supported, but the screen size change means they won’t fit properly. The new Covers have a lot of Colour options as well.

Microsoft is also bundling in the Stylus on the Surface Pro 3 on to the Surface 3, so a lot of users can make use of it. You can click the top to activate OneNote, and inking appears to be smooth and accurate like the Surface Pro 3. There are also new color options for the stylus to match the Type Covers, with blue, red, black, and silver all available. Microsoft isn’t bundling the Surface Pen with the Surface 3; So if you want one you’ll need to pay $49.99.

The Surface 3 now has a Micro USB charging port. Other than that there is a full-size USB port, microSD reader, and a mini DisplayPort. On the Connectivity side there’s even an LTE option with support for nano-SIM cards. Both the standard Surface 3 and Surface 3 LTE models are currently running Windows 8.1 but they will get a free Windows 10 upgrade when it is out. The new devices also come pre-loaded with a one-year subscription to Office 365 Personal which includes full Office apps and 1TB of OneDrive cloud storage.

The tablet comes with a rear-facing 8MP camera and a front-facing 3.5MP snapper. Microsoft says that the battery will run for 10 hours.

The Surface 3 will start at just $499 and will cost you $599 for the LTE Version, and it’s available to pre-order today with devices shipping on May 5th in the US / Canada and May 7th internationally.

It looks like Microsoft is really aiming the Surface 3 at students and those who don’t need the full power of the Surface Pro 3. So is anyone interested? Let me know in the comments below, and Share this with your friends so maybe they will find it interesting.