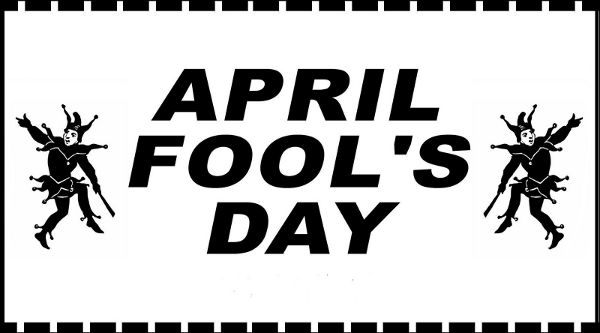 April Fools Day 2015 : Pranks by Tech Giants Round Up

It’s that Day of the Year Again! The Internet is Exploding with April Fools Pranks, so I thought of Collecting the Pranks from the Major Companies and laying it out on this post. So get ready to see some Hilarious and Fun Pranks.

I will be updating this post as more pranks get added. Check back later for more.

Google is giving us a Treat and allowing us to play Pac-Man on Google Maps for the April Fools day.

To experience it, Just visit Google Maps on the Web and click on the little Pac-Man icon on the bottom left on the screen. Google will render a level based on the center of your map and use the roads to render a level. If the map selection isn’t suitable for gameplay, Google will let you select a new area, or you can just click “I’m feeling lucky” to be transported to a pre-selected area. You can then control the game with the keyboard.

Pac-Man is also on Google Maps for Android and iOS.

Click here to Visit Google Maps on the Web to Experience it.

Here are some Screenshots.

Meet Google Panda.Google’s Panda with Emotions, which gets unveiled at a Fake Event in Japan. Google is killing it with their Pranks this time don’t you think? Checkout the Video below.

Just like the name suggests, Google allowed the users to take a selfie on Chrome while browsing and share your reaction to an open tab on Chrome. Click here to learn more. Smartbox by Inbox presents a “better, smarter mailbox that fuses physical mail with everything you love about the electronic kind.” Checkout the video below.

Samsung has released 2 picture of a device called the Samsung Galaxy BLADE Edge. It looks like a Glass Phone with a foldable handle, is ergonomic and ceramic, has a diamond edge, is Waterproof & Fireproof, and even has a thermometer stylus. How Epic is this? 2) Gourmet Mode for the Galaxy S6 and S6 Edge

Motorola fooled us with a Selfie Stick. Checkout the video below,

Sony shows off the PlayStation Flow, a new immersive way to experience games.

HTC is showing off the latest ‘feet’ in engineering today. The RE Sok is a connected smart sock that can keep you up to date with all of your notifcations through the tiny screen or using ‘read out’ feature on your ankle. The socks also have an integrated GPS tracker so you can track them down if they go missing in the laundry. Twelfie Stick is Twitter’s newest invention. The Stick is made from unobtainium (as NASA calls it) and can be charged using solar power. The spring-loaded cradle will support any phone and it will be available to buy from $39.99 by Christmas in Neverland. Click here to learn more. Microsoft launched MS-DOS Mobile for Lumia smartphones. Click here to try it out.

WSO2 Connected Bathroom Manager is a pretty cool idea, but it’s a Prank too. Click here to learn more.

Did I miss anything important? Tweet me your favorite April Fools Pranks on Twitter at @banuathuraliya, and I will feature that in here as well.

Feel free to Share this with your friends. Joke around, Have some Fun today!