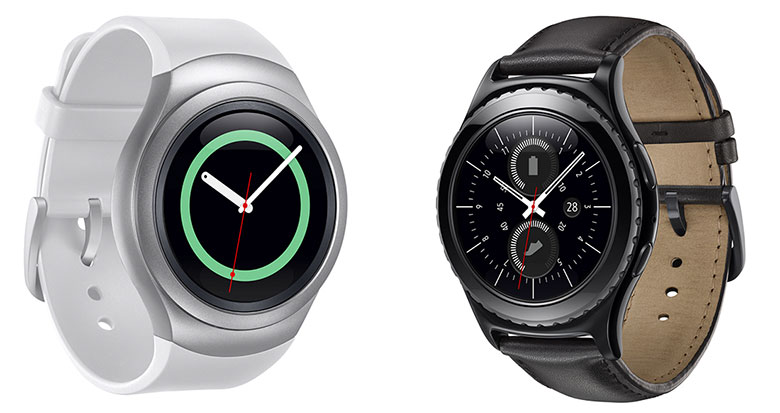 Samsung has been teasing the Samsung Gear S2 Smartwatch in the past few weeks, and at the Galaxy Note 5 & Galaxy S6 Edge+ launch event they even showed off a cool video teasing the smartwatch. Samsung told that they will announce it at IFA but, it seems that Samsung couldn’t even bring itself to wait for the start of the expo itself, as today they officially announced both the Gear S2 and the Gear S2 classic in an official press release.

There are 2 models, the Gear S2 and Gear S2 Classic as I told, and both of them feature the awesome rotating bezel for controls. Users will be able to interact with the watch by using the bezel and a pair of hardware buttons.

Specs-wise, Samsung Gear S2 features 1GHz dual-core CPU, 512MB of RAM, and 4GB of internal memory. The display of the smartwatch is a 1.2” fully circular Super AMOLED unit with a resolution of 360 x 360 pixels and 302ppi. A 250mAh battery will power both devices – it is rated to last for 2-3 days of regular usage. Both watches are IP68 Certified as well.

Samsung is also releasing a 3G-connected version of the Gear S2, armed with an e-SIM and offering voice call support. This model upgrades the watch’s battery to a 300mAh component and comes in a smidge chunkier than the WiFi Gear S2, but is otherwise the same smartwatch.

The sportier Samsung Gear S2 will be available with dark gray case with black silicon band, or silver case with white silicon band. The classic model on the other hand, will feature a black case and matching leather band.

Will see more at IFA as they show it off at the show floor. Do you think this is a good Smartwatch offering? Let me know you thoughts in the comments below, and Share with your friends.