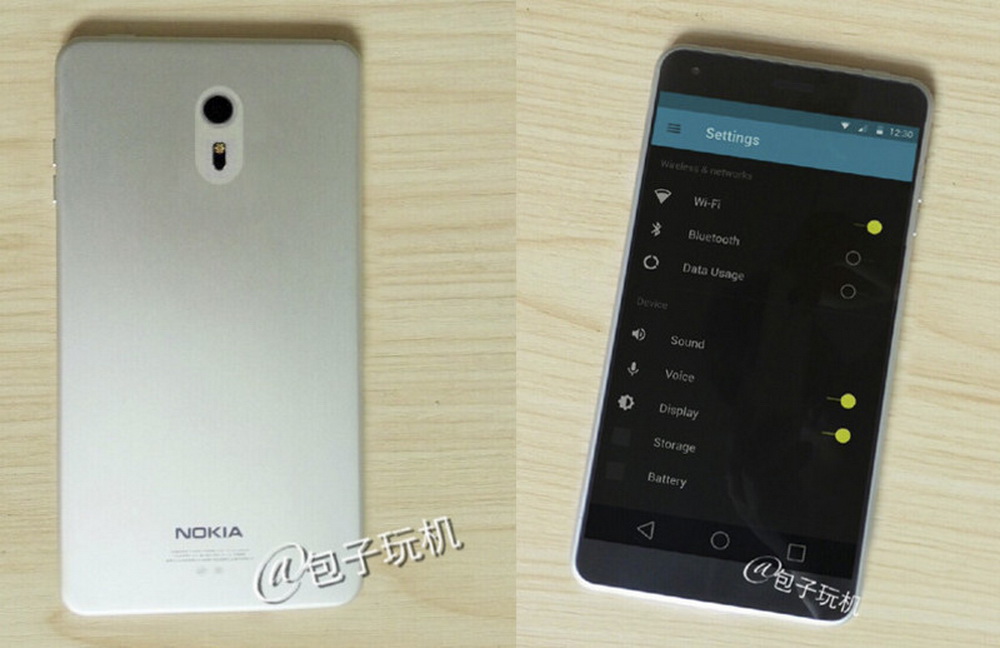 We got some rumors that mentioned an Upcoming Nokia device powered by Full Stock android along with Nokia’s own Z Launcher on top. Now we know that this device is going to be called the Nokia C1 and some Live images of it has been leaked.

UPDATE : Famous Tipster OnLeaks took it to Twitter to say that the Leaked images are just more fan renders. Bold claim, at this point we are not sure which side we want to be on. So take the leaked images with a grain of salt.

Don’t get fooled again, this is just another fan-made render… https://t.co/gVLXiqiAg3 #NOKIA

ORIGINAL ARTICLE : In case you missed, It already appeared in a few renders a few days ago, which is given below. The Nokia C1 seems to be a Sleek device with a nice design. It looks like it has a lot in common with the Nokia N1 Tablet, but in a smaller size. The device seems to be quite slim and it seems to be featuring a USB Type C Port as well.

According to the rumors, the Nokia C1 will feature a 5″ Display, an Intel Atom SoC, 2 GB of RAM, an 8 MP camera at the back and a 5 MP front facing camera. This won’t be a really high end device but it will rather be a entry to mid range device.

Right now that’s all we know. We have no details about a potential announcement and release date. If you’re curious about this device, stay tuned to Andro Dollar to learn more, and if you’re happy and excited about Nokia coming back, Share the news with your friends.