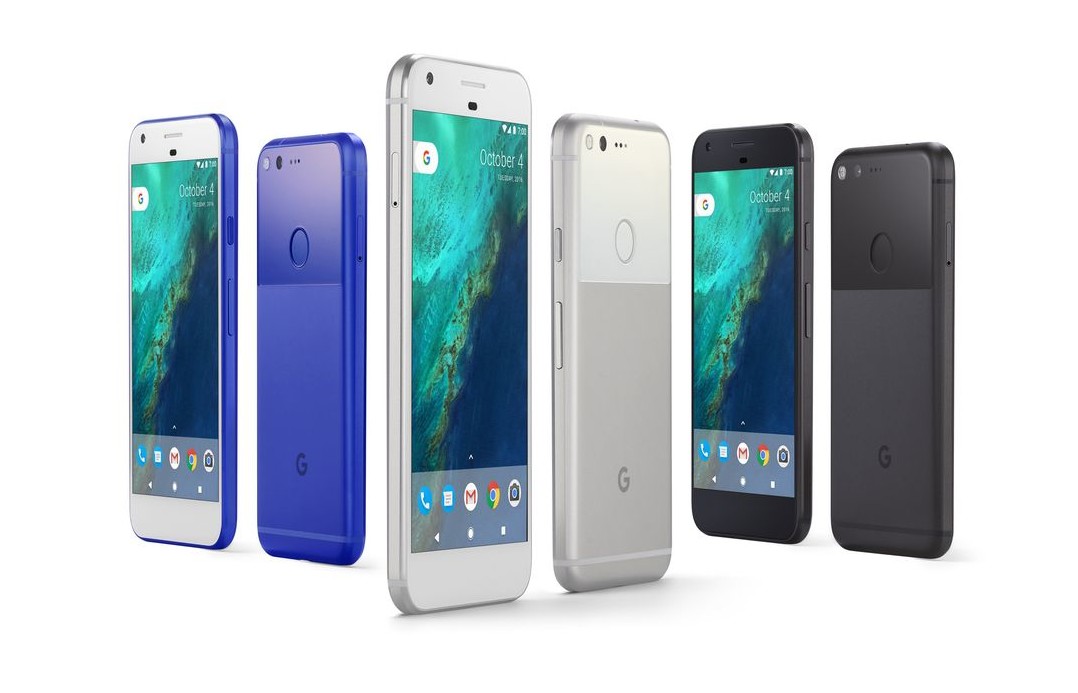 Google unveils the Pixel and Pixel XL with built in Assistant

We have seen all the leaks already and we knew what to expect before the event but Google unveiled their latest smartphones called the Pixel earlier today. It’s the end of the Nexus line and it’s time for the Pixel to shine. Google has partnered up with HTC to build the new Pixel phones.

The design looks quite ok with a Glass and Metal finish without a camera bump. A Fingerprint sensor is also present at the back of the device. It looks quite slim as well, and still packs a 3.5mm Headphone jack which Google made a big deal about.

Google is unveiling 2 smartphones; the Pixel and Pixel XL with a 5″ and 5.5″ respectively. Both have AMOLED screens, with 1080p resolution for the smaller one (441ppi) and QHD for the bigger one (534ppi). Battery capacity is also noticeably different, 2,770mAh and 3,450mAh.

Apart from those changes both Pixel phones are the same packing the latest Qualcomm Snapdragon 821 with 4GB of Ram, 32GB or 128GB of Internal storage and the latest Android 7.1 Nougat which brings “sustained performance mode” according to Google.

The camera on the Pixels are apparently really good boasting 89 as the score on DxOMark. It has a 12MP sensor, 1.55µm pixels, f/2.0 aperture. It also adds Electronic Image Stabilization which also looked good.

Both Pixel phones get unlimited Google Photos storage for photos at full resolution so you can have everything online. This is just sweet.

The latest Pixel phones start at $649 and will be available in “Quite Black”, “Very Silver” and a limited edition “Really Blue” colour as well.

So are you happy with what Google has to offer with the Pixel? I personally think these would have been killer phones if they packed IP67 Dust and water resistance, but since it is not there I’m not sure how I feel about it yet, but my thought might change after I use it so let’s wait and see.

Don’t forget to share the latest news with your friends!