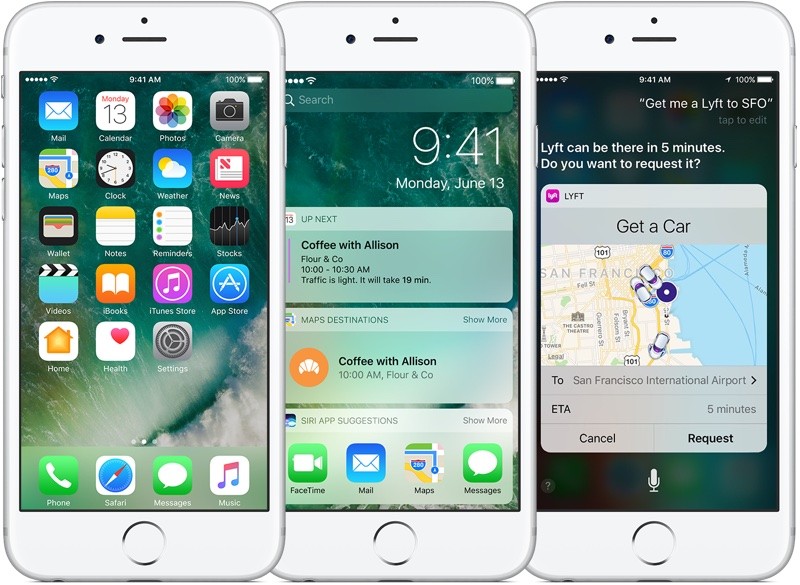 Apple releases the Final Version of iOS 10 and watchOS3

iOS 10 comes with many new features. It has a redesigned lock screen, richer notifications, quick interaction with apps, expanded 3D Touch functionality, third-party developer support for Siri, a better keyboard, enhancements to the Photos app, extensions for the Maps app, a new UI for Apple Music and News, and a more powerful Home app. VoIP apps now get the same call screen as the Phone app, and the Messages app has received a host of new features.

At the same time, Apple is also releasing watchOS 3 to existing Apple Watch units in the wild. This version will speed up app launch times on the wearable, and it comes with a new dock and a Control Center of its own. You can more easily switch watch faces, and you get an entirely new Activity watch face. There’s also Activity Sharing built-in, and Apple Pay now works in third party apps.

A fair warning to those who are planning to update because short after the company rolled out its new mobile operating system, some users complained it “bricked” their iPhones and iPads. Bricking refers to an issue that blocks access to your phone and temporary making it unusable. Users who experienced a failed update were required to plug devices into computers and connect to iTunes to restore the system.

It’s best to have an eye about this and then update once it is safe.