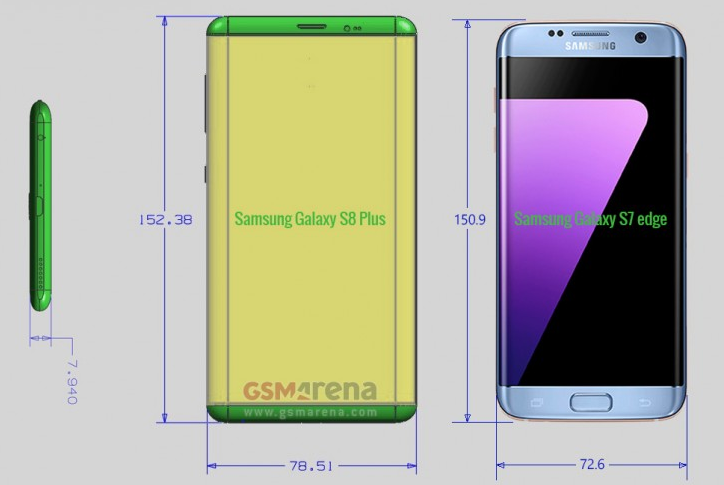 With a rumored 6.2-inch curved display, the dimensions of the Samsung Galaxy S8 Plus are rumored to be 152.38 x 78.51 x 7.94mm. These measurements show that the premium model will be taller and wider compared to the Galaxy S7 edge, again due to the larger display. 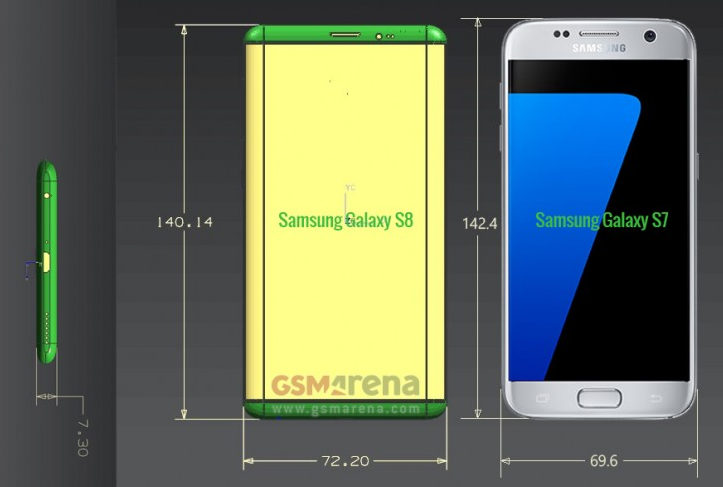 Yet again we see a home buttonless render which again confirms the rumor of the embedded fingerprint sensor under the display. The Galaxy S8 and Galaxy S8 Plus could both be unveiled on February 26th during MWC and released during the week of April 17th.