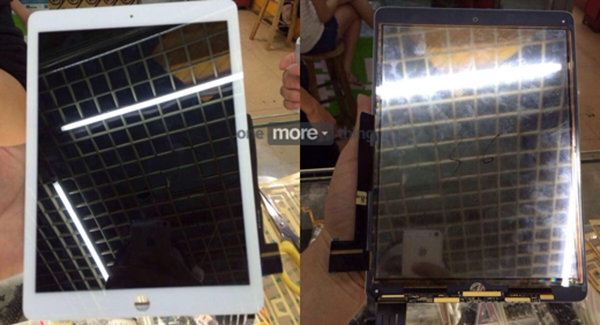 Looks like Apple is pretty busy building the Next iPad along with the iPhone 6. Earlier today the Front Panels of the Alleged iPad Air 2 has Leaked curtosy of One More thing. We get this leak just minutes after we see iOS 8 being Leaked, and a day or two apart from seeing the iPhone 6 being leaked.

Checkout the Leaked images below. It is believed that Apple may announce the next-gen iPad Air and iPad mini with Retina display and a Newer 12″ iPad this fall, and although it has been debated as to whether Touch ID makes much sense as a feature of the iPad, it’s strongly belived that the Touch ID, Fingerprint Sensor will finally be used on both iPads.

Who knows, maybe We might just see a sneak peak of the iPad at WWDC this June, So stay tuned to Andro Dollar as we will keep you updated on the latest news.