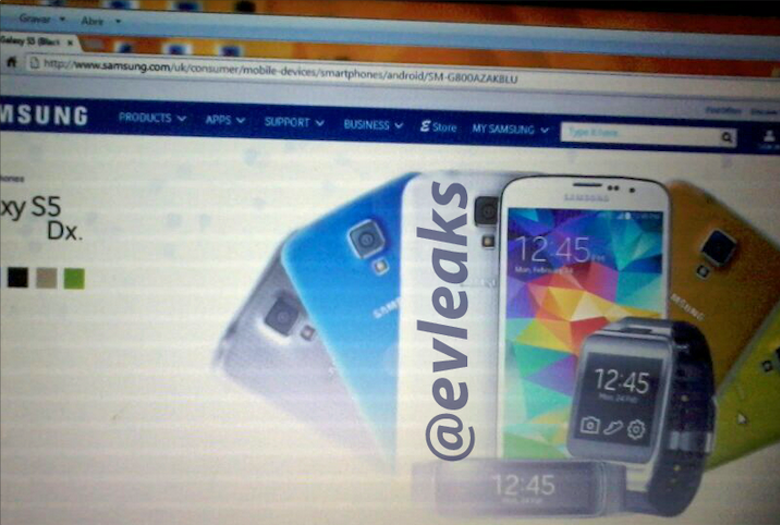 We’ve seen everything from the possible specs and even leaked images showing us what the device is going to be like.The latest leak is a picture reportedly of Samsung UK’s website, with the URL showing “SM-G800,” the model number currently associated with the device.

The mini bears many design elements similar to the Galaxy S5, which doesn’t exactly leave us surprised. There is the same perforated back and the version of TouchWiz looks to be an exact clone of the Galaxy S5′s variant. the star of the show in the S5, the heart rate sensor is missing here though.

Samsung calls this the “Galaxy S5 Dx.” which makes no sense at all,but that’s what the site tells us, it also shows that we will be seeing multiple color options for the device, including (but not limited to) green, blue, yellow, gray, black, white, and gold.

Naturally, it will be compatible with the newly released Gear 2 and Gear Fit wearable accessories. There is no information when the Galaxy S5 mini will go official but the site URL can no longer be accessed which leaves us to think that this may be a good bit of Photoshop but nevertheless we will keep a close watch on any further leaks regarding this device