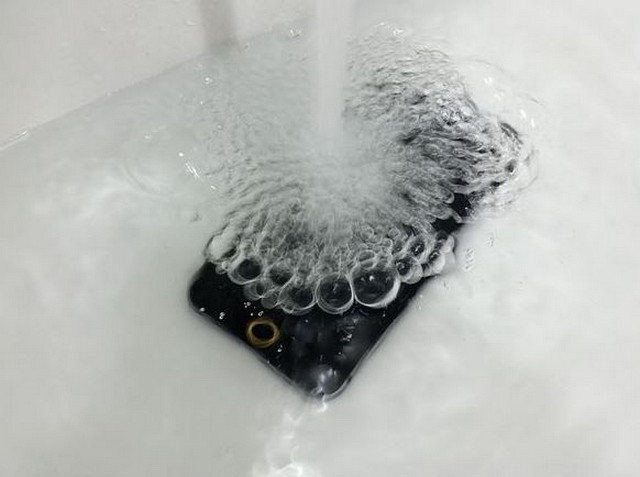 It was not that long ago we reported about the iPhone 6 leaks in Gold, and now we get reports saying that the Next iPhone will be Waterproof and will have a slightly curved display. As we saw in the previous leaks, Apple is going to make it’s next iPhone as thin as possible, as evident by the comparison we saw with the iPod 5, we know it is going to be really thin.

It is really going to be a strong point for the Apple, if they can make the iPhone 6 waterproof. Waterproofing is something people enjoy to have on their devices, so I don’t see why they shouldn’t implement this. If they make it waterproof, this will be Iconic for Apple because this is going to be their first Waterproof product.

Apple’s Greatest Competitor Samsung’s this year’s Flagship the Galaxy S5 has IP 67 Dust and Water resistance, and even Sony has it up it’s sleeve with the Xperia Z2, it’s current flagship. Both of those devices can withstand submersion in up to 1 meter (3.2 feet) of water for up to 30 minutes. It is also said the upcoming, LG G3 will also be Waterproof.

If you see carefully, you will also see that the iPhone’s screen is slightly curved. This could also be another cool addition.

The pictures below were tweeted last week by Sonny Dickson. These show off the Apple iPhone 6 Dummy. This can really be a good thing for Apple in my opinion. What do you think? Let me know in the comments section down below.