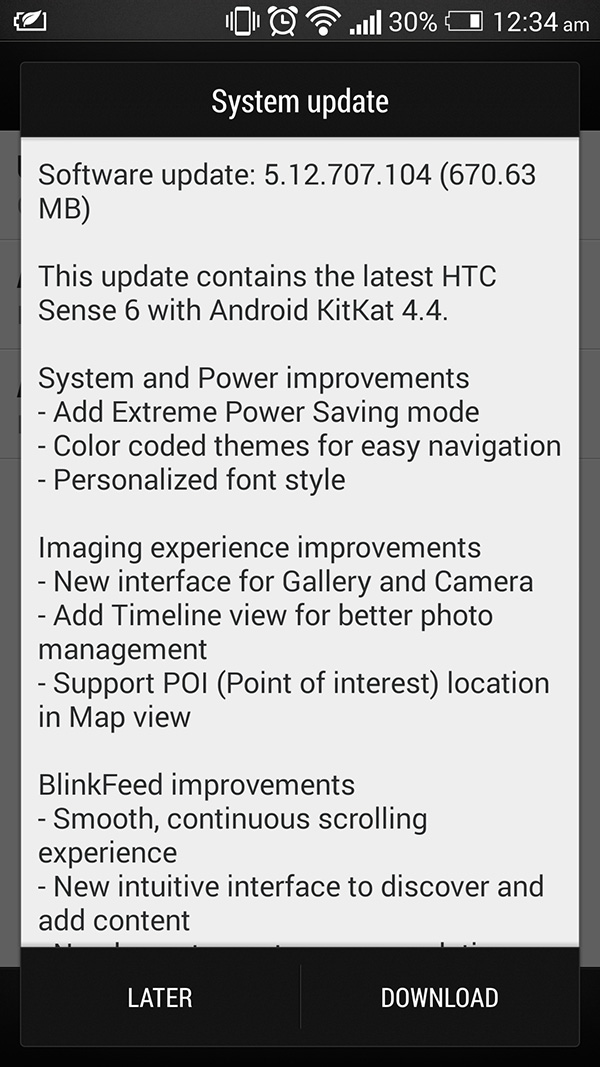 Android 4.4 Kitkat update with Sense 6 now seeding for the HTC One (M7)

The HTC One (M8) launched with Android 4.4 Kitkat and Sense 6 UI on top. At the launch event HTC confirmed that the HTC One (M7), HTC’s 2013 flagship will indeed be getting the new Sense 6 UI from the One M8 by the end of this month. The update started rolling out to the developer edition of the device and US editions in the last few days.

Now, the update has started reaching other parts of the planet as well. The screenshot above comes from a reader in India who received the update on his M7.

The Image on top comes to us from the Source, GSMArena. As you can see from the image, the update brings features like the Colour changing themes, New Camera, Gallery, Extreme Power Saving mode, personalized font style, Improved BlinkFeed and some other cool stuff.

If you have an HTC One M7, you should be on the lookout for the update and when it is available you should check it out. If you do, let us know down below in the comments section how it went.