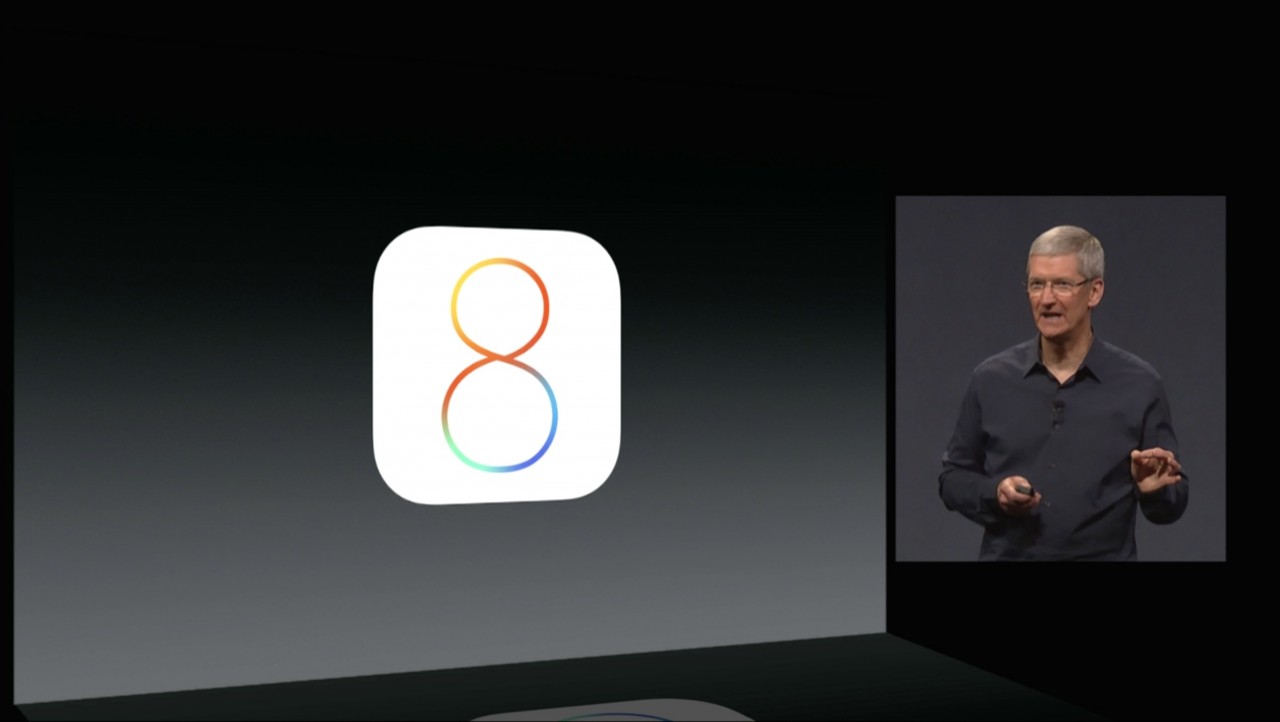 After all the Rumors, Leaks and Speculations, Apple has finally announced iOS 8. We wouldn’t call it a Mjor OS Update, but it has some neat tricks up it’s sleeve. iOS 8 was anounched at Apple’s Keynote at WWDC, Apple’s World Wide Developers Conference.

This video is from the Verge, where they have a small demo section of the Keynote from Apple. Check it out if you missed the Keynote.

In iOS 8, Notifications get an overall, adding interactive actions that lets users reply to messages straight away, even from the lockscreen. The platform’s multitasking view adds a row of recent contacts to complement your recent apps, which makes it easy for you to contact your favourites.

Spotlight will give users a cross-medium search experience, letting them for news, places, apps, and music, all from one place (and all without Siri’s help).

The iOS 8 QuickType keyboard will offer users suggestions, monitoring your activity and learning to make smart guesses about the language you’re likely to use. Better late than Never right?(This has been on Android for the longest time) Messaging picks up new group messaging tools, location sharing abilities, and “Tap to Talk,” a feature that lets you add short voice or video recordings to your IMs just like we see on Whatsapp currently. Apple also also introduced HealthKit. It will act as a central hub for health data, collected with the help of third-party apps, and all with strong privacy protections. Healthcare providers will be able to call upon all this stored data when later performing diagnoses. Family Sharing is a new system to facilitate the distribution of media between users sharing an account. It also allows for parental oversight, like giving parents the ability to remotely confirm app store purchases initiated by kids. This got the attraction of many people in the audience and we know why. How cool will this be?

Photos introduces Smart Editing, an extended series of controls for enhancing the appearance of your pics, and of course there’s cross-device syncing for such edits. According to PhoneArena, Apple has also included Time-Larpse feature in iOS which is a really cool thing. Siri picks up some new tricks, and can now be easily accessed by saying “Hey Siri”, yes like on android when we say “Ok Google”. Feels like a copy and paste to me; but it is what it is. Siri also has support for new languages and Shazam integration, and Maps turns its attention to China with a ton of country-specific improvements.

iOS 8 also brings apps the ability to set up their own widgets. Widgets will live up in the notification center. The sad thing about this is, not every app will have widgets unless it is included by the developer. Now On the developer side of things, Apple launched a lot of things. They creating new support in the App Store for app bundles, and is letting devs start adding video previews. SDK improvements include some 4000 new APIs, for what Apple calls its biggest change since the introduction of the App Store in the first place.

Apps will be able to offer services to each other – so instead of calling on the system via API, one app may rely on another to provide it services. Each app will be sandboxed individually, but able to communicate with each other through iOS 8.

We finally see the arrival of official third party keyboard support, with the ability to fully replace the default view.

Touch ID gets expanded to bring devs in on the action, allowing them to build fingerprint authentication into their apps while still keeping personally identifying data secure.

Metal is a new low-overhead graphics system, designed especially to improve performance on A7-based hardware. Apple claims that Metal will afford devs an order of magnitude increase in visual detail.

We even get a new programming language, as Apple announces Swift, a modern language “without the baggage of C.” It can coexist with existing code and promises to offer tangible speed benefits. More on this coming soon.

Stay tuned and While your at it drop us a comment with your first impressions with iOS. For me it wasn’t good enough to be honest. There are cool features, but it doesnt feel like a worthy upgrade. I’m going to try it out and post my first impressions as well pretty soon, so stay tuned.