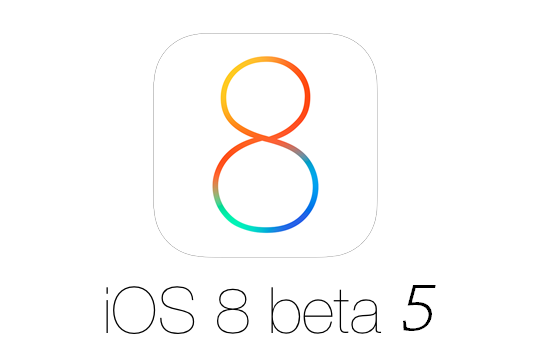 Apple’s first iOS 8 beta was released on June 2nd and the second one came just as expected two weeks later. Beta 3 came out 2 weeks before and soon after beta 4 came out and now Apple has released the 5th beta of iOS 8 to the registered Apple Developers. iOS 8 beta 5 brings with it a number of bug fixes.

You will see a Software Update to install iOS 8 Beta 5 if you’re a Registered Apple Developer. If you don’t have a developer account and if you’re still on iOS 7, you can Follow my Tutorial on How to install iOS 8. That method is the safest method. Obviously since this is pre-release software, bugs are to be expected, but it will be more usable with current applications that aren’t optimized for iOS 8 than the original beta. Give it a try. iOS 8 beta 5 is only reporting some bug fixes and performance improvements for compatible devices. Still, the extensive list of release notes includes new enhancements to HealthKit where you can now display your emergency data on your lock screen. Changes to iCloud include new options that won’t force you to choose between iCloud photo storage, and the phone’s storage. Continuity is still not fully working, but we do see new options to allow you to relay SMS messages between iOS devices running the beta at the moment.