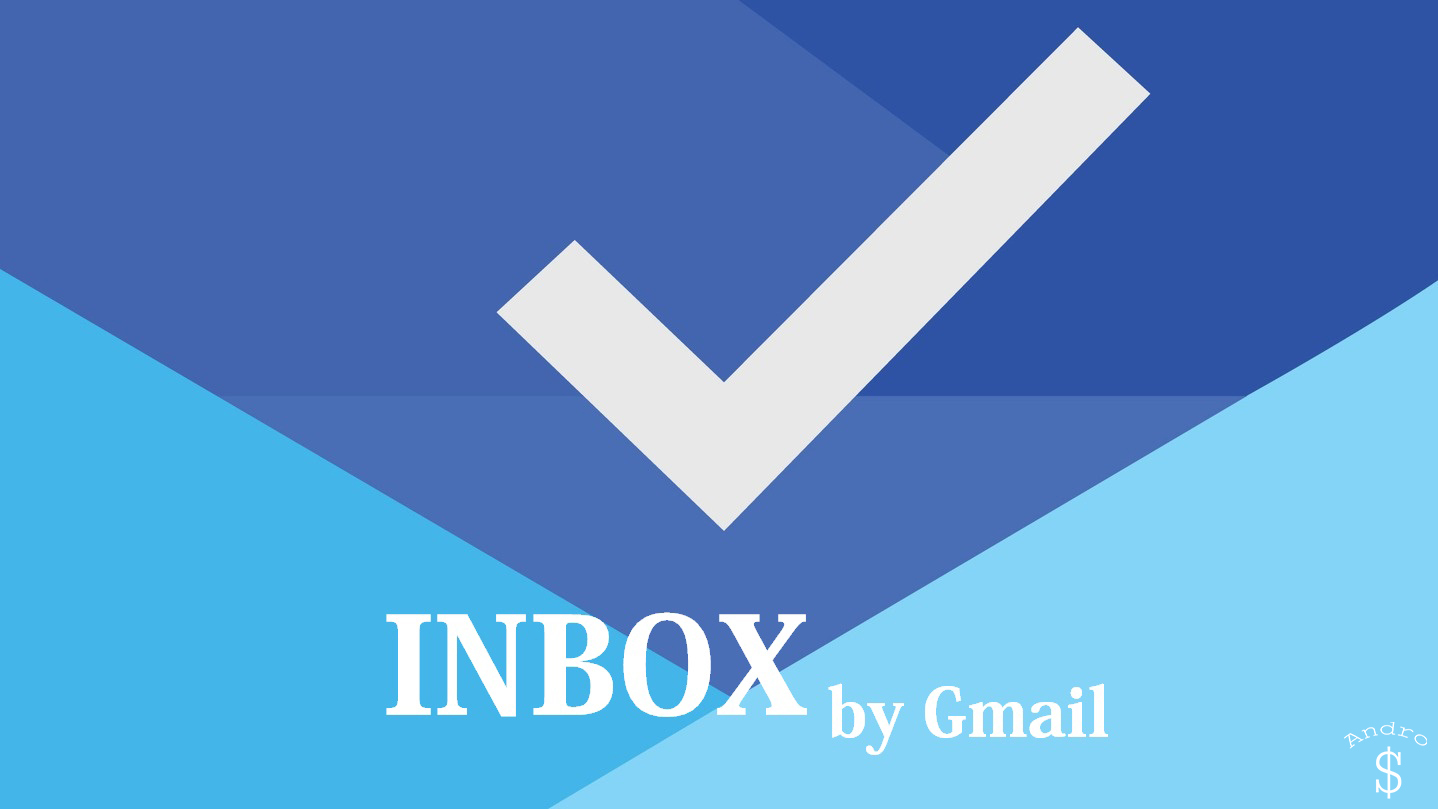 Google has one of the most used Email Systems in the World, and that is Gmail. Everyone knows what that is, but the Web and the Smartphone App Interface and Functionality has been the same for a long time now. In a world where Google is moving to Material Design features, Google released a new Email client for Gmail users, and it is simply called “Inbox”. By the look of it Inbox is another Email Client, but use it for a few days and you will realize how its features make it so compelling. It is really well made and it has taken the spot, as my Go To Email Client – That says A Lot.

Google released Inbox on the 22nd of October, and they released it as an Invite Only system. People who wanted to use it basically had to email Google and Request for an Invite. Me being an all Google Product user, sent them an email asking for an Invite, saying I will review it here at Andro Dollar, and one day later, I got an Invite from Google. I wanted to play with it well enough before making a Review, so that’s why I didn’t do this review sooner. I personally believe, before doing a review, you have to understand all aspects of the product. So now that I have played with it for almost 2 weeks, I am now comfortable in producing my Review. So here we go.

At First, when I started using Inbox, I felt like using Mailbox. Mailbox is a Email client by Dropbox and that has been my Go-To Email client for a long time. I just didn’t use Gmail, because Mailbox just had a lot of cool and innovative features built in (Btw If you haven’t tried Mailbox Yet, Give it a Shot Now – It’s still worth it, and if you don’t have an Inbox Invite yet, this is the closest thing you can find). A lot of aspects of Mailbox is available on Inbox, like Marking things Done, or Snoozing Events.

However, Where Inbox Shines is it’s automated mail grouping system. So if you get an email from your bank with your Credit Card Bill, Inbox will automatically put it under Finances. You can also play with Inbox settings, and say where it should go under (You can basically select email lists like purchases, finance and travel). Just as you used to do with folders, you can now also create your own bundles for certain types of messages and decide whether or not they should skip your main inbox. I have personally made a new bundle for my University work called “IIT” and another called “Toastmasters” for my Toastmaster related stuff . This helps me to stay organized.

You can access Inbox from the Android/ iOS app as well as by using the web interface. The look of Inbox is so much less cluttered than Gmail, so it will definitely require a brief period of adjustment; but once you are used to it, you will find it so compelling. If you were used to quickly checking emails by ticking them and then archiving/ Deleting them all, that is not there anymore. Even though that is gone, it has been replaced by a smarter inbox that bundles together all your “low priority” emails – as Google likes to call it, allowing you to quickly browse all those ads & newsletters at a glance and then easily sweep them into your “Done” folder, which is essentially the same as archiving messages in the old Gmail.

Inbox on Android using the Nexus 5

Inbox on iOS using the iPhone 6

The interface of Inbox is Visually Appealing, no matter how you use it, on Android, iOS or Web because of the Material look and feel overall.

Inbox also has something a lot of people desperately want built in to it, and that is a To Do list. Like I said earlier, it is bundled with the other Google Services, so the reminders that you place will also show up on Google Now and vice versa. The reminders that you place will be shown side by side along with the other emails, or if you pin it, it will be in the pinned section.

Talking about pinning, With Inbox Google is saying good bye to vague concepts like “starring” an email. In its place is the ability to “pin” an important email and only view pinned emails if you want. This makes your life so much easier.

The ability to snooze mails and reminders until a later date, time or place will probably be one of the most useful features for a lot of users. Like it says, you can easily swipe left, and snooze it so it will appear at a later time. Intriguing huh?

Now talking about whats missing in Inbox (Atleast at the moment). One of the most significant things for me is the email signature. As of now, in the Invite Only version, there is no way to set an email signature. I would love to see this included in a future version, and I think Google will add this pretty soon.

I have also run into some bugs with attachments in this Invite Only version; though i’m pretty sure Google will fix all these issues before making it Public.

One of the Other key disappointments for me and some of the others is the lack of Google Business account support with Google Inbox, at least as of now. I use this to maintain the email accounts for Andro Dollar. It is said that this feature will be made available soon, so it’s just a matter of time.

That’s pretty much it when it comes to my review of Google Inbox. In short, it’s pretty Awesome, simple and compelling which makes it “Simply Amazing“.

Anyways, I’m curious to know, have you tried Google Inbox yet? What do you think about the overall look and its features? Do you have anything to add to this review? Let me know down below in the comments section.