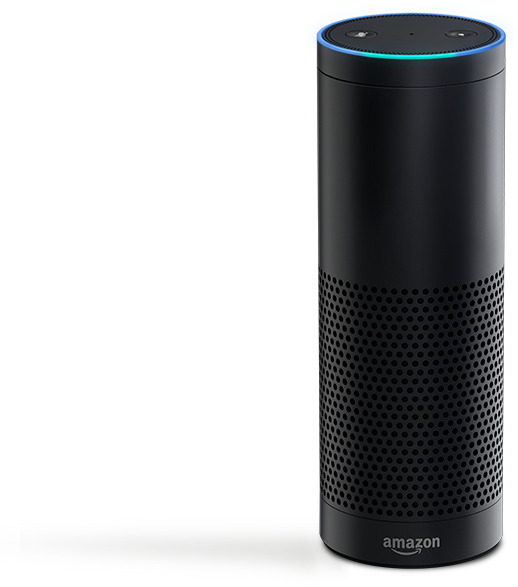 Amazon announces Echo; A Bluetooth Speaker that has a Personal Assistant built in

Amazon has announced a new device called Echo. It’s simply a Bluetooth speaker dedicated to being a voice-control system. It kind of works like Siri, Google Now & Cortana meaning it has a Personal Assistant Built in.

Checkout the Introduction Video by Amazon below,

You can set alarms, control music, ask about the Time or the Weather, search the web, ask questions, and access local news with Echo. Its voice control works with Amazon Music, Prime Music, iHeartRadio, and TuneIn.

The device is voice controlled, employing a voice recognition engine that features seven microphones, which means it can apparently hear and understand you wherever you may be in the room. And with “enhanced noise cancellation”, it can hear you talking to it even while it’s playing music.

It streams content via Bluetooth and WiFi, and connects to iOS, Android and Desktop devices via the Web and Companion App. Instead of “Ok Google” or “Hey Siri,” you say “Alexa” to start speaking the device. Nice Name.

The Echo is $99 for Amazon Prime users & $199 for everyone else, and you need an invitation to receive the honor to buy an Echo. It’s interesting how you need an Invite to buy any Tech Gadget these days.

What do you think about the Echo? I think that the whole concept is very futuristic, and immediately after I saw this I wanted one. It’s that Cool, don’t you think? Express your thoughts down below in the comments section.