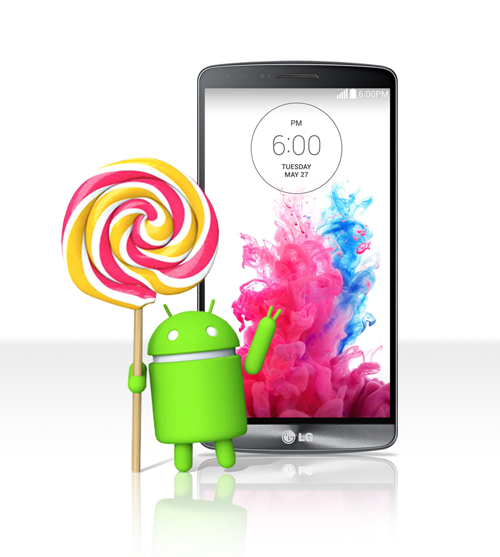 The LG G3 will get the Android 5.0 Lollipop update this week

We got Leaked Screenshots and a Video of the LG G3 running Android Lollipop, and we knew LG was cooking it Fast; but unexpected news has come out claiming that the LG G3 will get the Lollipop Update as early as Next Week. This is directly from LG so it is confirmed at this point, and LG is the First Global OEM to roll out the Lollipop update.

We saw Motorola rolling out the Lollipop update for Selected, “Pure Editon” Moto X (2014) devices yesterday. The Lollipop update will start Rolling out from Poland this coming week. The update will soon follow in the other regions. The Material design language that is core to the changes in Lollipop is also the first new feature called out by LG’s announcement. LG says,

LG is absolutely committed to giving our customers the best mobile experiences available and bringing Android Lollipop to G3 owners as soon as possible is a top priority,” said Dr. Jong-seok Park, President and CEO of the LG Electronics Mobile Communications Company. “The new features and improvements in Android 5.0 will bring a whole new user experience to the G3 and make it even better than it already is.”

We have already seen what the update may look like, and what new features it might have. So if you still didn’t see Checkout the Previously Leaked Photos and Videos here.

Good Work LG on Rolling out the Update Fast. Hopefully it won’t have that many bugs.

We know that Samsung is also working on the Lollipop update for it’s devices due to the Hands-On Videos we saw earlier.

Who do you think will be next in line to push the Lollipop update?