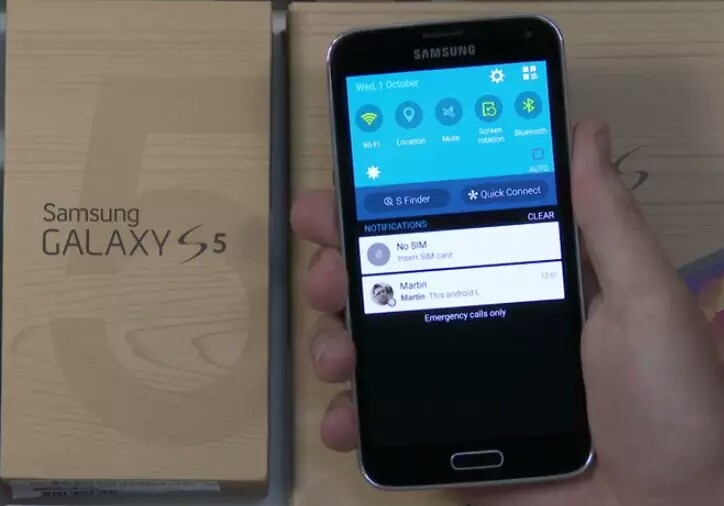 UPDATE : Samsung has Just rolled out a New Bug Fixing Update, and You can download it and learn how to flash it here.

You can checkout my How To Video below,

Samsung has just started rolling out Android 5.0 Lollipop update to the International Version of the Galaxy S5 – SM-G900F starting in poland. The update should start appearing in other European countries soon.

We have already seen what has changed from the previously released preview videos by Sammobile. It has a similar look and feel to touchwiz, but has Lollipop design aspects all over. Even though the update is only released for people in Poland at the moment, it can be flashed on to any Galaxy S5 with the model number G900F via Odin. Just download this and flash.

So did you flash Lollipop on your Galaxy S5 yet? If you don’t know how to do it, Checkout my Tutorial Video on How to flash it without losing your warranty. Do you like it?