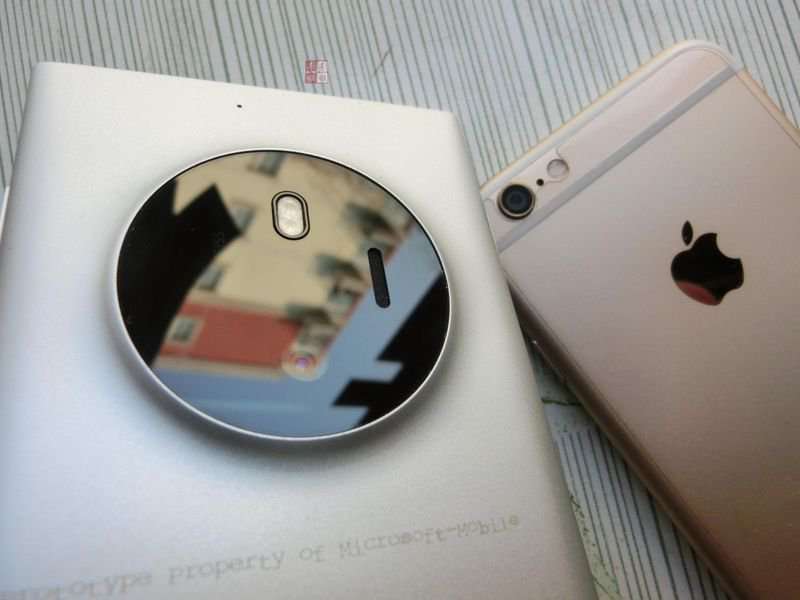 Alleged Lumia 1030 gets compared to the iPhone 6

We saw the Lumia 1030 leak out a few days ago, and today we have got more images of the device, but this time it is getting compared to the iPhone 6. The Lumia 1030 is code named “McLaren” and it is the successor to the Lumia 1020.

The device used here in the pictures is very similar to the device used in the last leak. This maybe the same prototype used last time.

The newly leaked shots, show a lot more from the device. The device that is being compared seems to be fullly working, even though it is in Chinese. The alleged Lumia 1030 will supposedly feature a Full HD (1080p) Display, 2GB of RAM, 32GB onboard storage and A quad-core Snapdragon chipset. It also looks like the device will have 4G LTE Connectivity as well as a Micro SD Card Slot.

However, the star on this device is the camera, and allegedly this device will feature a 50MP Camera. We can also get a closer look at the PureView module used on this device thanks to the new leak. The camera is also Zeiss-certified and the device will have a dual-LED flash, as opposed to the xenon one found in its predecessor.

When compared to the iPhone 6, they look to be on a similar level in terms of size.

We are not sure whether these images are real or not, but it looks very real to me. So what do you guys think about the upcoming Lumia 1030? Let me know in the comments section below.