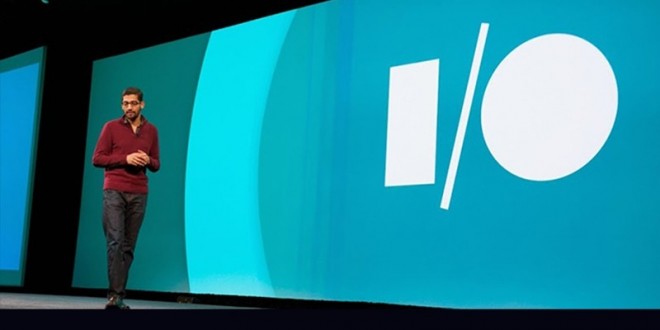 It’s Google I/O 2015 and like we told few days ago, Google has Unveiled the all new version of Android – Android M. Android M has a lot of new features mainly recognized as App Permissions, Android Pay, Finger print Scanner Integration and a whole lot more.

The key aspects which Android M will target are based over user’s Web Experience, different App Permissions, App Links and much more. We will go through each in detail below. A key demand by users and developers has finally been addressed. Now, with Android M, App Permissions will fit in flawlessly. Rather than asking your for all permissions at once, apps will require new permissions once you access a specific feature. This works to remove the annoying pop-up of all the permissions you need to allow whenever installing an app and also makes everything more secure. You can manage each permission or specific app permissions through settings.

Customized Chrome Tabs are now available for web developers to utilize. Basically if an app has a website and it usually posts weblinks, a customized chrome tab can be created to give the user some similarity and ease of use. Chrome runs the show but developers can modify the skin, if you say.

You might have noticed whenever you click on a Twitter link, even though it is pretty obvious that the Twitter app would handle this, Android displays you a pop up allowing you to choose from separate apps. Frustrating and confusing. Solution? Verified App Links would bypass this and open with the default app, which is, if you have the supported app installed.

Android Pay was another key part of the keynote. Like other mobile payment solutions, Android Pay will work with your mobile to allow for seamless transactions. Security and Effortless handling is what sets it apart. We will have a detailed post covering this feature alone up soon!

The fingerprint sensor war started by Samsung and other hardware manufacturers has finally ended. Android will now natively support a variety of sensors across the board and allow a standard API for developers. We shall soon see more apps that utilize this along with Nexus devices featuring this technology.

Efficiency is always the target with these new software releases. Android M will provide an effective solution to increase usage time per charge over all devices. How? Doze is what they called it. Another deep-sleep mode but inter linked with different sensors so that the device automatically decides when to initiate Doze.

These were the major changes that Google wanted to highlight and of-course, these aren’t all. Posts detailing Developer Previews and such are soon to follow so keep an eye out! The final version of Android M will be available later this year, and we will get a Developer Preview of Android M for the Nexus 5, 6, 7 & 9 later today.