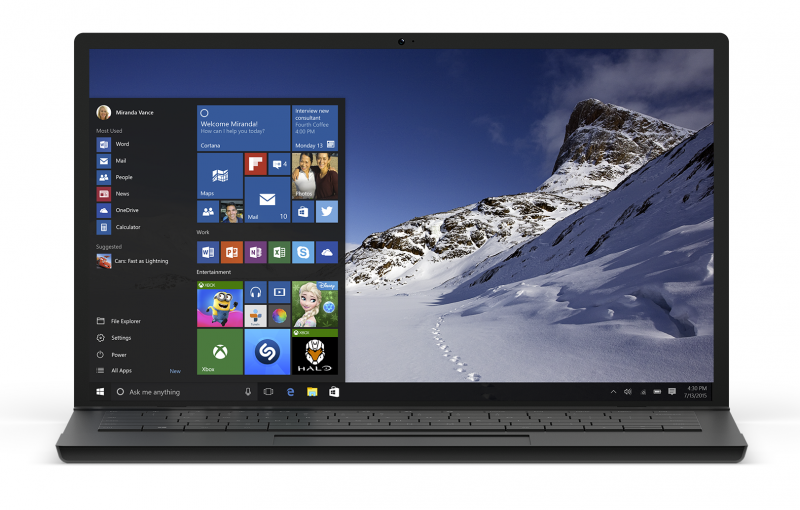 With Windows 10 Microsoft is changing everything, and a lot of users are waiting for the Final version. Today, Microsoft has finally revealed that Windows 10 will officially launch on July 29th, 2015.

We are just less than 2 months away from the Official Launch day. Quite a lot of users have been using Windows 10 Insider Preview and the feedback has been quite good. There are still some bugs that need to be removed, so the Team at Microsoft has less than 2 months to finalize and remove the bugs.

The good news is that many of the applications included with Windows 10 are universal applications, meaning they can be updated through the Windows Store at a later date. Microsoft plans on shipping new Windows 10 features through universal app updates after the OS is officially launched, allowing the team to solely work on fixing issues with the current set of features.

Hardware manufacturers will be releasing some Windows 10 devices in Q3 to celebrate the launch of Windows 10 as well, so we can look forward to that.

Have you been using Windows 10 Insider Preview or are you waiting for the final version of Windows 10? Let me know in the comments section below.