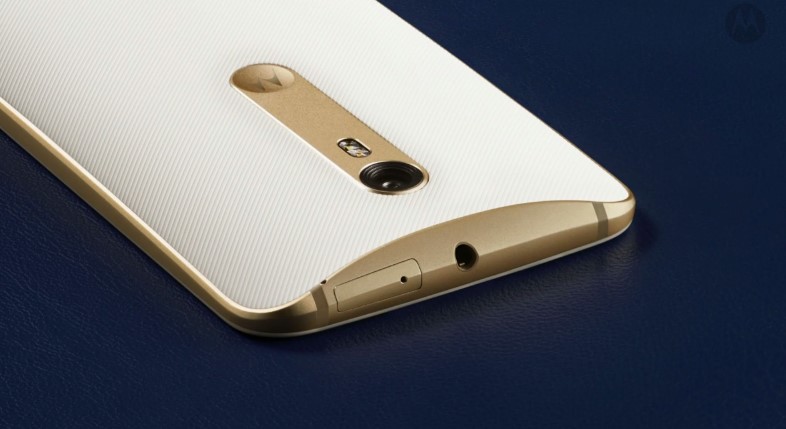 Motorola has unveiled the long awaited Moto X Style and Moto X Play with deep levels of customization thanks to Moto Maker.

Along with this they also unveiled the new Moto G, which is targeted at a budget audience.

The Moto X Style packs a Snapdragon 808 processor, 3GB RAM, a 5.7 QHD display, 16/32/64GB storage with microSD support, a 21MP camera at the back that Motorola says is state of the art, 5MP camera for selfies and a slightly updated design, front facing stereo speakers.

The Moto X Style features a 5.7″ Quad HD display. This is a TFT LCD screen.

The device packs a 3,000 mAh battery and the presence of TurboPower charging should help even more. TurboPower lets you add up to 10 hours of battery life in just 15 minutes of charging, which is pretty impressive. Motorola was keen to compare TurboPower with the fast charging feature of the Galaxy S6 – in its own tests, TurboPower supposedly loads 50% more charge in the same time. That’s sweet.

The Moto X Style will have a Pure Edition variant (unlocked, bloat-free) featuring universal LTE capability, which means customers will be able to use it on any network in the US.

Motorola is going to launch the Moto X Style in September, although exact market availability dates might vary from one market to another. But in any case, the phone is going to be between $200 and $300 cheaper compared to flagship smartphones from Motorola’s competitors. In the U.S., Motorola will launch the phone as the Moto X Style Pure Edition. Priced at $399, it will be unlocked and compatible with all major U.S. carriers.

The Moto X Play will be a step down from the Style in terms of hardware. It will rock a 64-bit, 1.7 GHz octa-core Qualcomm Snapdragon 615, a midrange SoC, which we’ve found to be quite adequate in our experience. The phone is equipped with 2 GB of RAM and has 16 GB / 32 GB storage variants. Both are expandable via microSD of up to 128 GB. The display has a 5.5” diagonal with a resolution of 1080 x 1920 pixels and the Play doesn’t have the stereo speakers, which adorn the front of the Style.

The battery that keeps the lights on has an impressive capacity of 3,630 mAh and this also has the before mentioned turbo charging.

Are you excited for the new Moto devices? If so which one are you looking forward the most? Sound off in the comments and share the article with your friends.