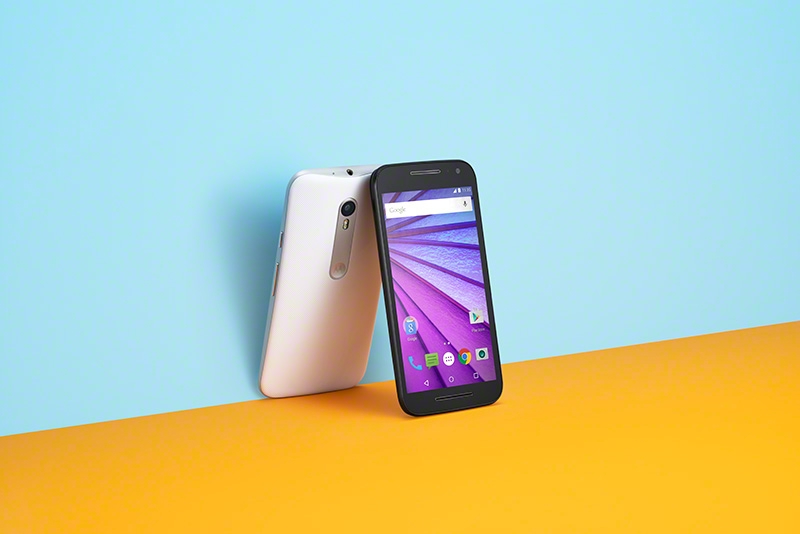 After the long leaks and rumors, The 3rd Generation Motorola Moto G (aka Moto G 2015) is finally official.

There are 2 versions of the Moto G. One with 2GB of Ram and 16GB of built in storage. The other has 1GB of Ram and 8GB of internal memory. Both support Micro SD Cards up to 32GB, so the user can easily expand the storage.

The Moto G 2015 has a 5″ 720p display and it’s protected by Gorilla Glass 3. It is powered by the Snapdragon 410 with a 1.4GHz quad-core processor and Adreno 306 GPU inside. It supports LTE as well, and the usual Wi-Fi, Bluetooth and GPS.

For software, the Moto G comes with Android 5.1 Lollipop and a few of Motorola’s own pieces of tech. These include Moto Display, Quick Capture and a Chop Twice feature, which turns the phone’s flash on and off by shaking the phone twice.

The rear camera is a 13MP unit and it has a dual-LED dual-tone flash. On the front, there’s a 5MP selfie snapper.

The most important hardware aspect for many will be the IPx7 certification. The Moto G 2015 is IPx7 certified, which makes the handset capable of surviving after being submerged in up to 1m of water for up to 30 minutes.

The Moto G is now also compatible with the Moto Maker, complete with a range of customization options to tailor the smartphone’s looks to your own preferences. The Moto G can be customized with a variety of front, back and accent colors. There are also new Flip Shells for the smartphone priced at $30, which bring some additional color options and offer protection for the front of your phone too. The 3rd generation Moto G is available starting today. It will cost around $180 for the 8GB model and about $220 for the 16GB variant.

If you’re on a tight budget, the Moto G could be a great pick for you.