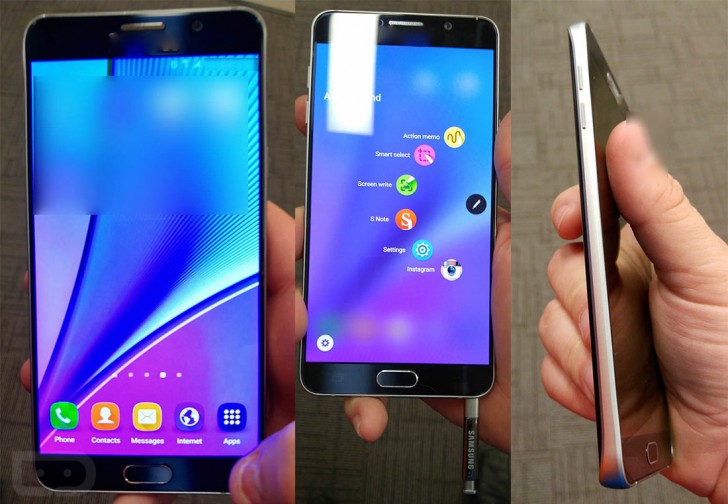 Samsung is going to unveil the monstrous Galaxy Note 5 on the 13th of August. As the launch day nears, we get more and more leaked images of the phablet by Sammy.

The new leak gives us a clear look at the UI running on the Galaxy Note 5, while showing off around the device as well. We get a clear idea about what to expect after checking these images. The Galaxy Note 5 will have a 5.7″ QHD display, an Exynos 7420 SoC, 4GB of Ram, 32/ 64/ 128GB of Internal Storage, 16MP Camera. It will not pack a Micro SD Card slot or a non removable battery. Earlier rumors pointed that the Note 5 will be having a 4100mAh a battery but the newest reports claim that it will apparently have a 3000 mAh non removable battery, which sounds quite disappointing in my opinion. The Note 5 will have a regular micro USB charging spot as well rather than having a USB Type C port as early rumors pointed.

In software, The Galaxy Note 5 will run Android 5.1.1 Lollipop. The TouchWiz version installed on the Note 5 will let you customize the Air Command menu, as you can see in the image above.

So do you think Samsung can WOW us at the launch event anymore? Let me know in the comments below and Share with your friends.