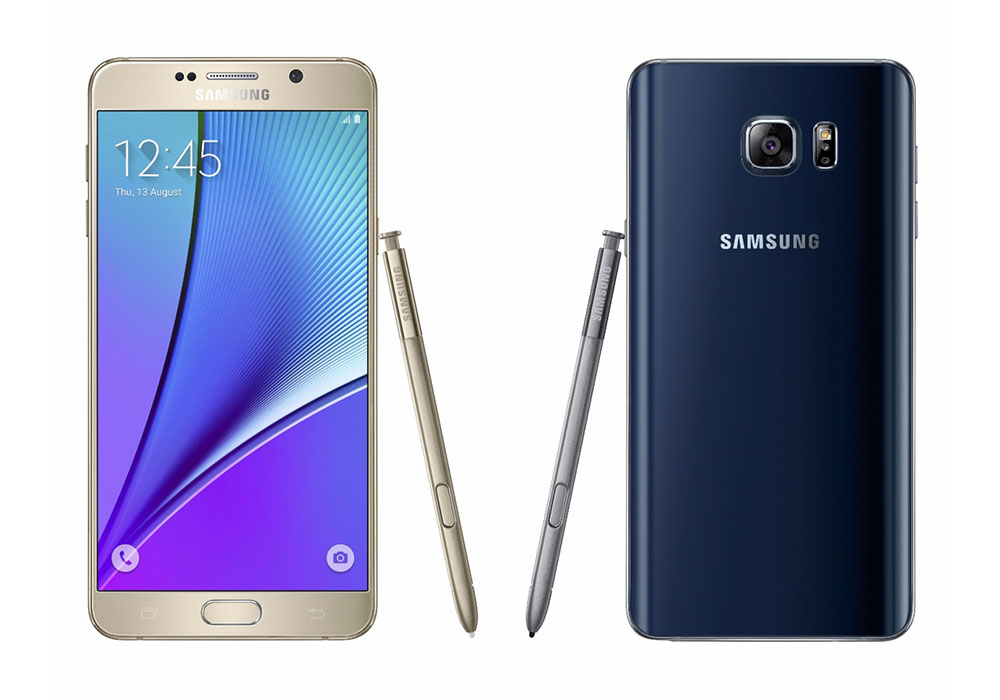 We all have been waiting for the all new Galaxy Note, and the Wait is finally over. Samsung made the Galaxy Note 5 official at a special event held in New York, and we covered it Live with a Live Stream and Live Blog. Along with the Galaxy Note 5, Samsung also unveiled the Galaxy S6 Edge+; a beefier Phablet version of the existing Galaxy S6 Edge. Click here to know all about the S6 Edge+. The Note Line has always been the True Flagship line for Samsung, and Samsung has shown us why, yet again this year as the Note 5 packs very high specifications, but this time there are some compromises as well. Let’s dig deep in to the Note 5 and see what it has to offer.

Checkout the Official Trailer of the Note 5 First.

The Galaxy Note 5 has the same design as the Galaxy S6 & S6 Edge with Metal and Glass. It is wrapped in that metal frame and there is glass at the front and back. It is just beautiful. It is even slightly curved at the back so it fits better in the hand now.

Storage is based on the fast UFS 2.0 standard. The Note 5 comes with 32GB & 64GB of internal storage. The sad story however is the lack of expandability. There won’t be a Micro SD Card slot on the Galaxy Note 5, and for the hardcore Note user that’s a major let down. Even the battery is non removable this time around.

Now let’s talk about the Most important aspect for most of us; The Camera. Samsung has used a 16MP sensor with an aperture of f/1.9 on the Note 5, which is the same sensor that is on the S6. The Camera comes bundled in with optical image stabilization (OIS) and auto real-time HDR. It even has VDIS (Video Stabilization) to make Video recording a smoother experience. It can record 2160p video or livestream 1080p to YouTube. The front facing selfie camera is a 5MP sensor which also has an aperture of f/1.9. Double press the home button to open the Camera is also still present, and it works flawlessly. Samsung has updated the audio department with Ultra High Quality Audio, which promises richer sound. This time around the speaker has been moved to the bottom of the device just like the Note 3 had. That’s a good change in my opinion.

There’s No Galaxy Note, without the S-Pen, so The Galaxy Note 5 will sport a redesigned S-Pen stylus that is covered in metal. The new S-Pen is trying to mimic a real pen, and Samsung has also added a “Click In” mechanism to take the S-Pen out of the phone. So all you have to do is “Click in”. That looks like a quite easy & natural way to take the S-pen out and I am excited to try it.

With the improved S-Pen comes some improved features like the ability to write while the screen is off, being able to sign PDF files in real time, a Scroll Capture, which allows you to take a continuous snap of a long page that spans across a few screens, and a persistent, hovering Air Command menu to have easier access to all its functions. The all new Galaxy note 5 runs on Android 5.1 with a new and improved version of Touchwiz on board. Samsung has bundled in some new icons in to the latest version of touchwiz which looks quite good. There are other improvements on board as well.

The Samsung Galaxy Note 5 is available for pre-orders starting today and it will go on Sale on the 21st of August.